FOREST PARK, Ill. - There were fireworks throughout Proviso Township High School's board meeting Tuesday night at amid an ongoing teachers strike over increased pay and smaller class sizes.

But it's what happened after the meeting wrapped that led the teachers union to call a press conference on Wednesday, the eighth day of canceled classes.

In a video captured by a student, Superintendent James Henderson and board member Claudia Medina exchanged words.

The exchange came after Medina advocated for the teachers union throughout the meeting and questioned why negotiations were taking as long as they have.

Currently, classes are canceled through Thursday with the next formal bargaining session to take place Thursday morning. 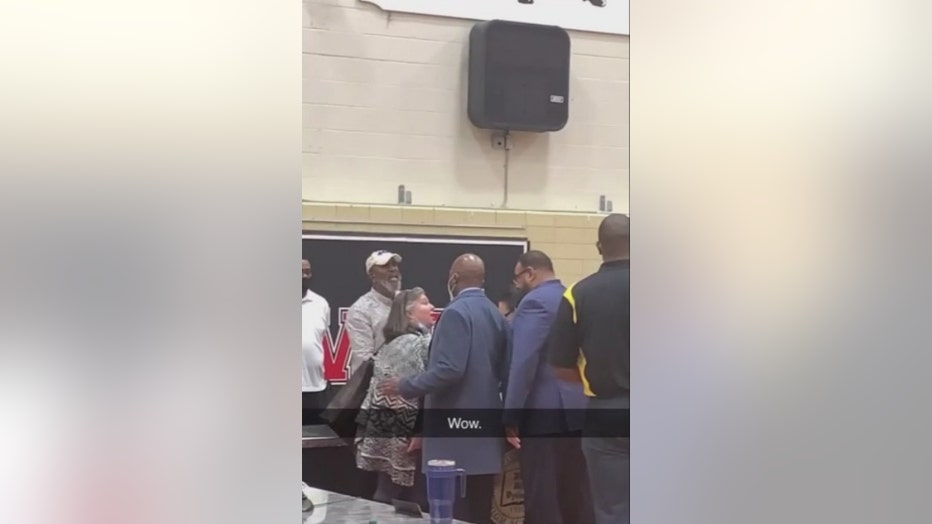 The teachers union held a news conference Wednesday afternoon criticizing Henderson for the incident, and the board member at the center of it claims the words used were explicit.

"At that moment, I was asking for accountability," Medina said. "I wanted to know what the superintendent was doing and why the negotiations were not his top priority. So I asked for a copy of his calendar. At that moment, he put his hand up and then he went to jab me with his elbow in my face, and said words that are explicit, which I would not like to repeat. They were intimidation and he gave me a very violent face as well."

FOX 32 News reached out to all of the district's board members, Board President Rodney Alexander and Superintendent Henderson for comment, but are still waiting to hear back.