Across the suburbs, other parades, celebrations and fireworks were canceled, after a celebration of American independence became a site of carnage in Highland Park.

CHICAGO - A mass shooting in Highland Park Monday morning led to the cancellations of Independence Day celebrations across the Chicago area, both out of safety concerns and in respect for the victims.

"People aren't safe to go to an Independence Day Parade in a small town. It's just heartbreaking. It's grotesque. It hurts. And yet it's somehow not even that surprising anymore in that perhaps hurts more than anything," said Evanston Mayor Daniel Biss.

Across the suburbs, other parades, celebrations and fireworks were canceled, after a celebration of American independence became a site of carnage in Highland Park.

Illinois Gov. JB Pritzker responded Monday evening to the mass shooting at a Fourth of July parade in Highland Park where six people were killed and 30 others were wounded.

"Especially after COVID for two years, people were looking forward to having this gathering one more time and be a part of the celebration. So people are really sad and stunned that this happened," said Dr. Saba Khan, Vice President of the Muslim Community Center in Morton Grove.

The mayor of Libertyville said recent shootings like the one in Uvalde, Texas already made her wonder if community parades were safe. 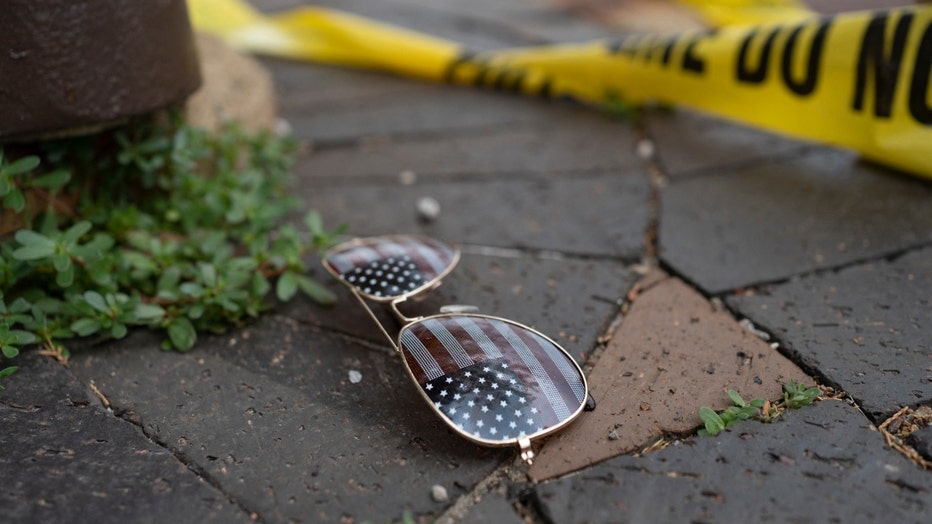 Police crime tape is seen near an American flag-themed sunglasses laying on the ground at the scene of the Fourth of July parade shooting in Highland Park, Illinois on July 4, 2022.  (YOUNGRAE KIM/AFP via Getty Images / Getty Images)

"It gives us pause it makes us think that now we have to scour our rooftops for local celebrations in the event that there's a sniper, it means that so much of the liberties that we have all enjoy are now being constrained. And so that definitely makes me sad," said Mayor Donna Johnson.

This latest national tragedy thrusts the focus on guns once again. Evanston's mayor says we cannot accept this as life in America.