The 8-year-old boy who was critically wounded in the Highland Park Fourth of July parade mass shooting continues to improve every day.

CHICAGO - The family of Cooper Roberts, the boy paralyzed in the Highland Park Fourth of July parade shooting, released an update Tuesday afternoon on the 8-year-old's condition.

Cooper is currently living at the Shirley Ryan AbilityLab, a rehabilitation hospital in Chicago. During the mass shooting in Highland Park, Cooper was shot in the back and the bullet exited his chest. The gunfire left him paralyzed from the waist down.

Cooper has been slowly recovering from his wounds in his 43rd day away from home since the shooting. 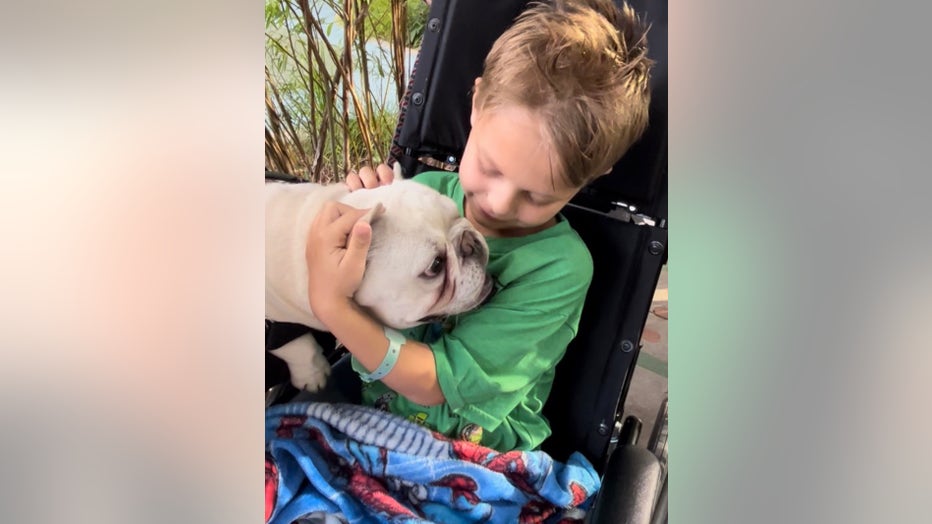 "Cooper is in constant pain," his family wrote in a statement. "It is agonizing to see. He still has internal damage – wounds that are slow to heal. He is on a constant IV drip of antibiotics to ward off infection, has swelling that obscures the full internal picture, and suffers stomach pain as his body relearns to process mainly liquid food. He remains on heavy painkillers from which he is being weaned this week."

Cooper has begun eating some solid foods and has continued participating in "rigorous" therapy, his family said.

The family of Cooper Roberts, the boy paralyzed in the Highland Park Fourth of July parade shooting, released an update Tuesday afternoon on the 8-year-old's condition.

He is only allowed to see his whole family once a week due to COVID-19 safety protocols and has been missing things from his life prior to the shooting such as his room, toys and friends.

His family said despite the steps he has taken in his recovery, Cooper is feeling "hopeless, sad and angry as the reality of his life is setting in."

Cooper's family thanked his supporters for their prayers, gifts and donations contributing to his recovery.