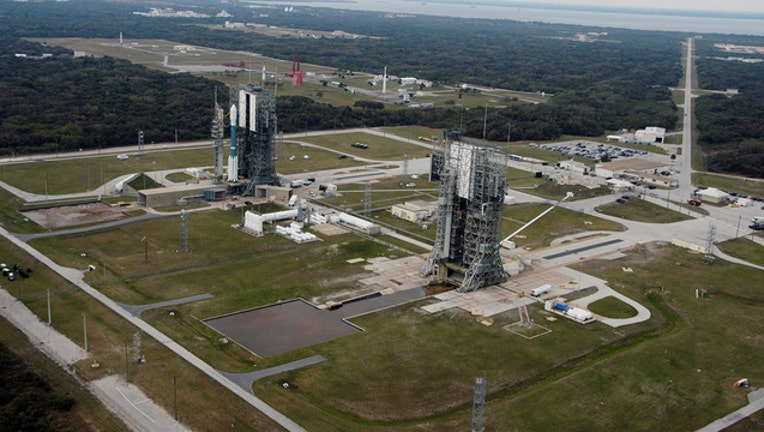 The THEMIS spacecraft atop a Delta II rocekt stands on Launch Complex 17B before launch. The pads are largely identical and both hosted historic missions for NASA. Photo credit: NASA/George Shelton

The fixed towers were located at Launch Complex 17, just north of Port Canaveral. It toppled over shortly after 7 a.m.

It’s considered to be twin landmarks with plenty of history. According to Florida Today, the demolition project had a price tag of $2 million. It was planned for years while waiting for the funding. The newspaper reports it was postponed from last year.

“We have launched some super-exciting missions — Mars missions, all sorts of GPS missions, missions to all sorts of fun planets — so it is definitely a little emotional for me to see,” Scott Messer explained to Florida Today. He is ULA’s Delta II program manager, of the launch complex’s demolition. “With 61 years of history and 325 launches, it’s been a pretty incredible piece of the space community for many years.”

The towers were in service for 60 years. The demolition will make way for Moon Express, a private company that will launch missions to the moon on a regular basis.