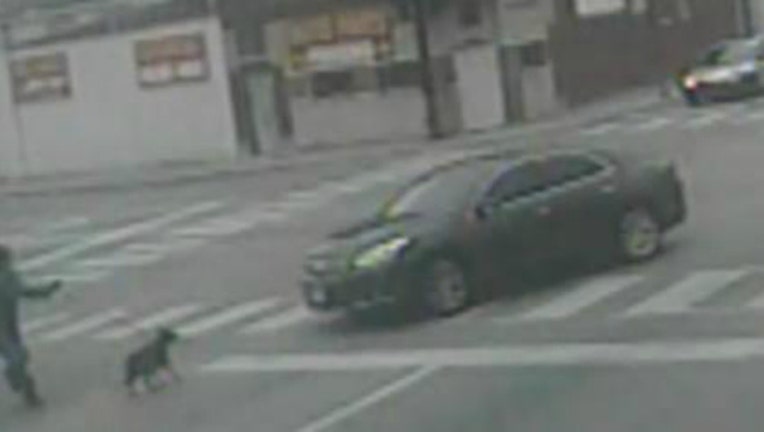 Surveillance photo of a car wanted in a West Englewood hit-and-run crash that left a woman and her dog injured Monday morning. | Chicago Police

CHICAGO (Sun-Times Media Wire) - Police are searching for a car wanted in a hit-and-run crash that left a woman and her dog injured Monday morning in the West Englewood neighborhood on the South Side.

The 51-year-old woman and her dog were crossing the street in the 5900 block of South Damen about 9:35 a.m. when they were struck by a car, according to a community alert from Chicago Police.

The vehicle is described as a four-door black car, possibly a Chevrolet Impala, police said. The driver drove away southbound on Damen after the crash.

The woman was taken to a hospital in serious condition and has since been released, police said. The dog’s condition wasn’t immediately known.

Anyone with information should call the Major Accident Investigation Unit at (312) 745-4521.