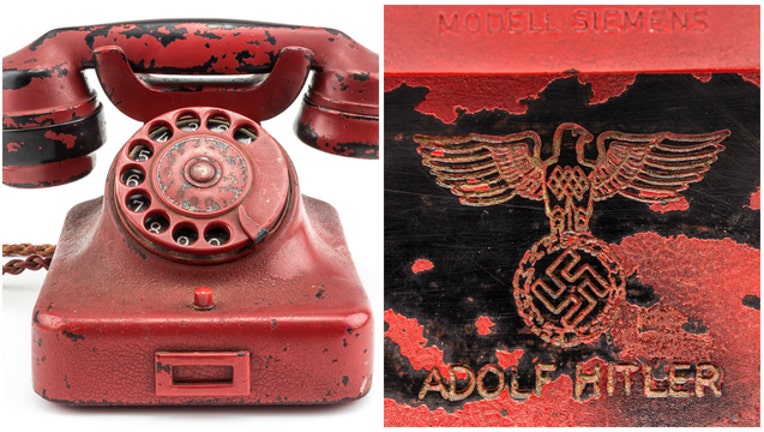 Bill Panagopulos of Alexander Historical Auctions in Chesapeake City says occupying Russian officers gave the phone to Brig. Sir Ralph Rayner during a visit to Hitler's Berlin bunker. Rayner's son is now selling the red phone with a Nazi party symbol and Hitler's name engraved on the back.

Panagopulos considers the phone a "weapon of mass destruction," noting that the orders Hitler gave over the phone took many lives.

He says the seller and auction house hope it ends up in a museum, where people who see it "really understand what extreme fascist thinking can bring about."

According to an online catalog, the auction house says the handset of the phone must be rotated almost 60 degrees before it can be lifted out of its cradle.

This feature kept the handset from shaking loose while being transported. The phone was used in vehicles and trains as well as Hitler's field headquarters.