DUPAGE COUNTY - A Hoffman Estates woman was sentenced Thursday to three years in prison for her role in starving two dogs to death.

Sarah Gorski, 21, pleaded guilty in February to three counts of Aggravated Cruelty to Animals. In November 2021, 29-year-old Andre Norris — who was also convicted in the crime — received three years in prison as well.

On March 2, 2020, Naperville police officers and animal control personnel responded to a wooded area near a drainage ditch for a report of a dead German Shepherd. The dog was wrapped in a bedsheet and placed in a storage container, officials said. The dog was identified as "Otis" and weighed only 20 pounds, when he should've weighed about 70.

An investigation led police to Gorski and Norris. Police also discovered the pair owned at least two other dogs — "Scooby," a German Shepherd/Hound mix and "Bubba," a Corgi.

On March 12, 2020, a search warrant was executed at the pair's home where they found Scooby in a rusted dog crate, filled with animals feces, blood and urine. He weighed about 20 pounds, could not walk, and had massive sores including one where you could almost see his bone.

Bubba could not be located at the time, officials said. 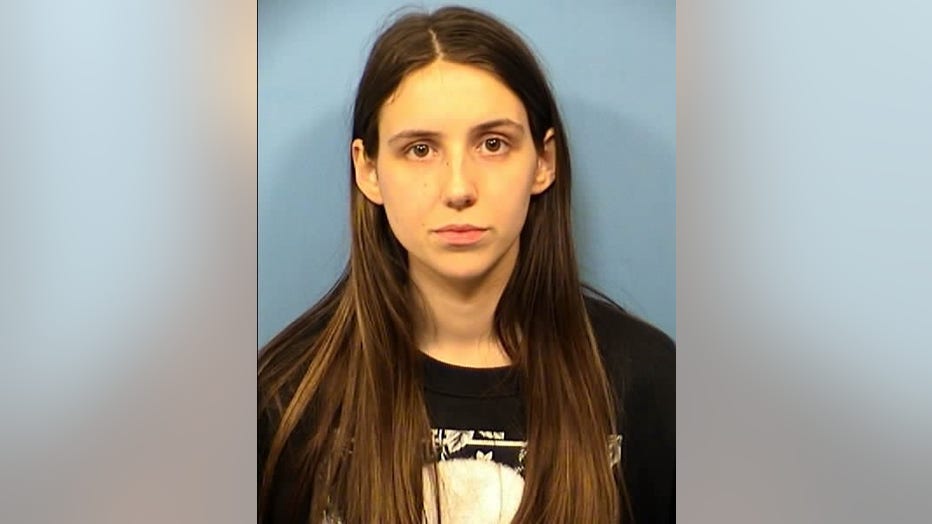 After further investigation, police learned Bubba had died at the beginning of March and officers later found him in a field wrapped in a bedsheet. He weighed only four pounds.

"Simply put, with Sarah Gorski and Andre Norris responsible for their well-being, Otis and Bubba never stood a chance," DuPage County State’s Attorney Robert Berlin said in a statement. "After living in deplorable conditions, they both suffered horrible, painful and unnecessary deaths after suffering through heartbreaking lives. Thankfully, Scooby did not meet the same fate and is living happily with his foster family."

Gorski will begin serving her sentence on June 2, 2022, officials said. She's required to serve 50% before being eligible for parole.