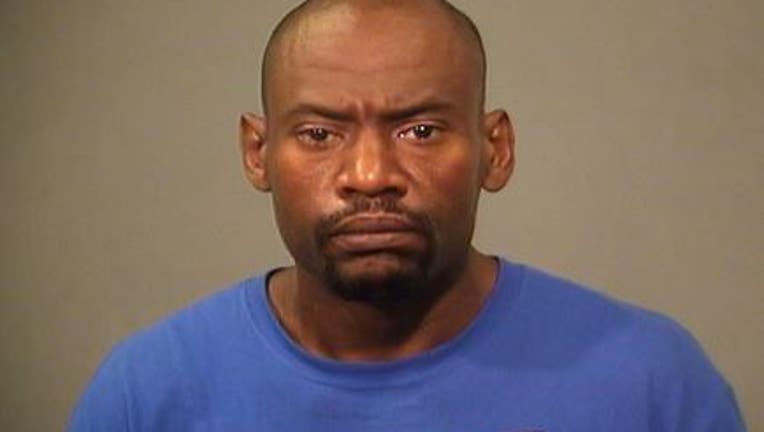 JOLIET, Ill. - A homeless man has been arrested after allegedly spreading a white powdery substance throughout the front lobby and elevator area of the Joliet Police Department on Wednesday.

On Wednesday at about 7:52 p.m., employees at the Joliet Police Department discovered an unidentified white powdery substance near the front lobby area of the building.

The Joliet Fire Department responded to the scene.

The front lobby area of the department was evacuated and closed off to the public, police said.

The substance was treated as a hazardous material.

The Joliet Fire Department was then able to successfully identify the substance as a harmless dietary supplement powder.

No one was injured during the incident, police said.

During an investigation, police identified Bailey as the suspect of this incident after seeing surveillance video that depicted Bailey spreading the powder throughout the lobby and elevator area of the department.

Bailey returned to the Joliet Police Department Thursday and was placed into custody without incident.