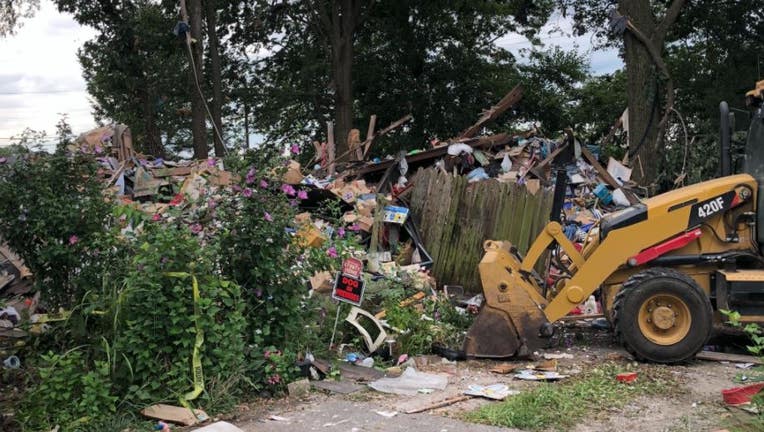 JOLIET, Ill. - Federal authorities are investigating the cause of a large explosion Sunday afternoon that completely destroyed a home in Joliet township, injuring four people nearby.

A husband and wife were gardening outside the home in the 2200 block of East Washington Street about 2:40 p.m. when something exploded in the house, East Joliet Fire Protection District Chief Kirk Kelly said.

It’s still unclear what set off the blast, he said.

“It was a pretty good explosion,” according to Kelly, who said it “devastated” the home, breaking the neighbors’ windows and sending debris into trees and top of other homes, but causing no fire.

No one was in the home at the time of the explosion.

The wife was taken to Silver Cross Hospital, where she was listed in critical condition, Kelly said. Her condition improved by Monday, and she’s expected to be released in a day or so.

The husband was also taken to a hospital, where his condition stabilized, Kelly said. Two others had minor injuries, while a fifth person refused medical attention.

Crews on Monday were digging through the rubble under the supervision of investigators with the U.S. Bureau of Alcohol, Tobacco, Firearms and Explosives, Kelly said.

“It’s going to be a long day of digging out the house,” he said.