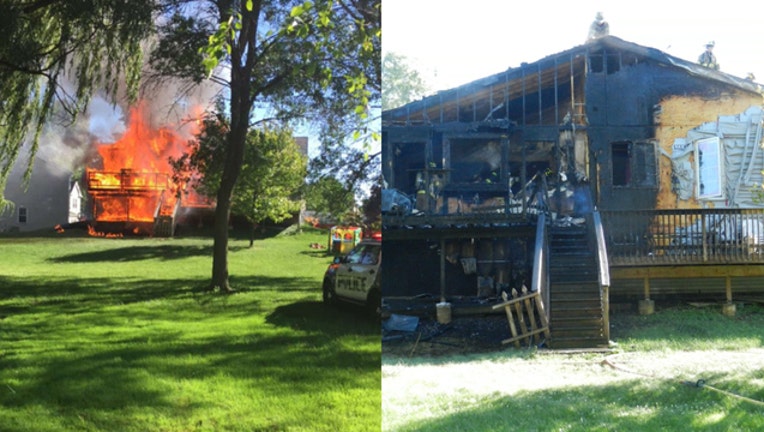 ROSELLE (Sun-Times Media Wire) - The cause of an early evening fire Tuesday in northwest suburban Roselle is under investigation, according to a statement from the Roselle Fire Department.

Residents nearby reported a deck on fire at 5:06 p.m. in the 600 block of Waterford Court, according to authorities. When firefighters arrived, flames were seen throughout the back of the house and on the deck.

The fire was under control in about an hour, authorities said. No one was home at the time of the fire and no injuries were reported, but damage to the home was extensive.