More than 400 news citizens sworn in Monday in Chicago

The new citizens came from about 80 countries.

CHICAGO - Hundreds of new citizens were sworn in Monday at the Auditorium Theatre in Chicago.

The new citizens came from about 80 countries. They pledged to leave behind their loyalties to their old homes and vowed to protect and serve the United States.

"That I will support and defend the constitution and laws of the United States of America," the immigrants said in unison. 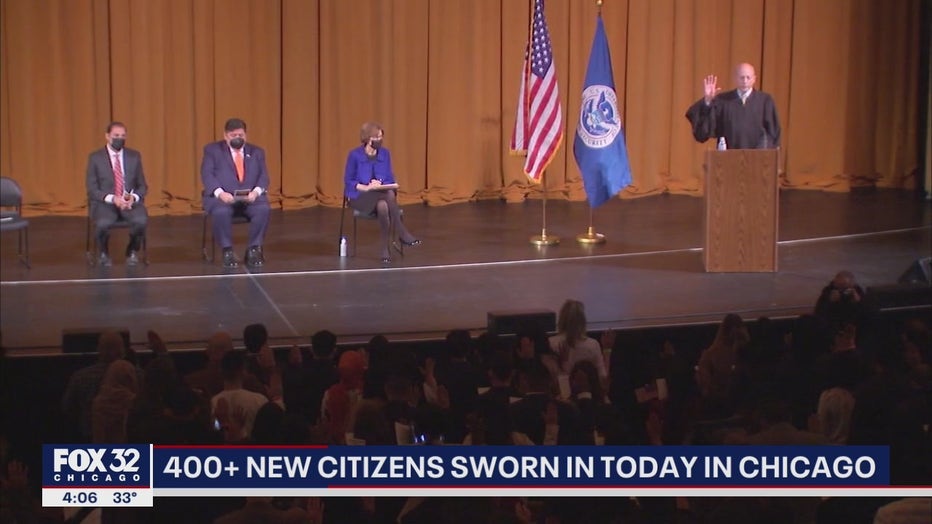