Hurricane Danielle strengthens into a hurricane while Tropical Storm Earl continues to churn in the Atlantic. FOX Weather's Craig Herrera gives us on outlook on the tropical disturbances as well as a new one forecasters are monitoring.

A quiet August has turned into a busier September with two named disturbances traveling through the Atlantic Ocean.

Danielle became the first Atlantic hurricane of the season on Friday after August finished with no named storms for the first time in decades.

Hurricane Danielle is harmlessly spinning over the Central Atlantic and is nearly a thousand miles from the nearest landmass.

After weakening to a tropical storm for most of Saturday, Danielle strengthened again into a Category 1 hurricane late Saturday evening. Slight strengthening is expected to continue through Labor Day as the hurricane slowly moves toward the north today. Maximum sustained winds have increased to near 75 mph with higher gusts as it slowly moves off to the northeast, in the general direction of Europe. 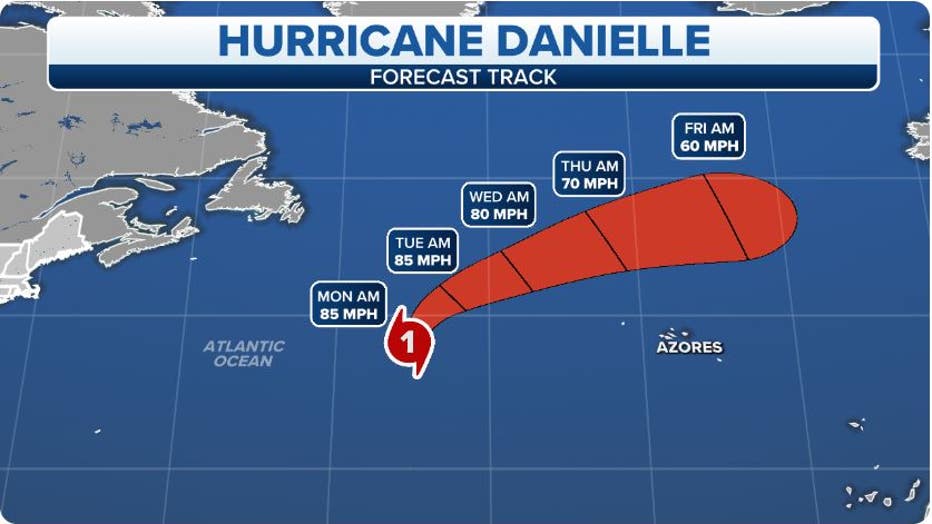 The cyclone has winds of around 50 mph, with higher gusts and is also expected to strengthen during the Labor Day week.

On its current heading, the cyclone is expected to stay north of the Caribbean Islands but could increase rains and swells through the weekend. Heavy rains could cause some flooding impacts in Puerto Rico, the Virgin Islands, and the Northern Leeward Islands through Sunday evening. 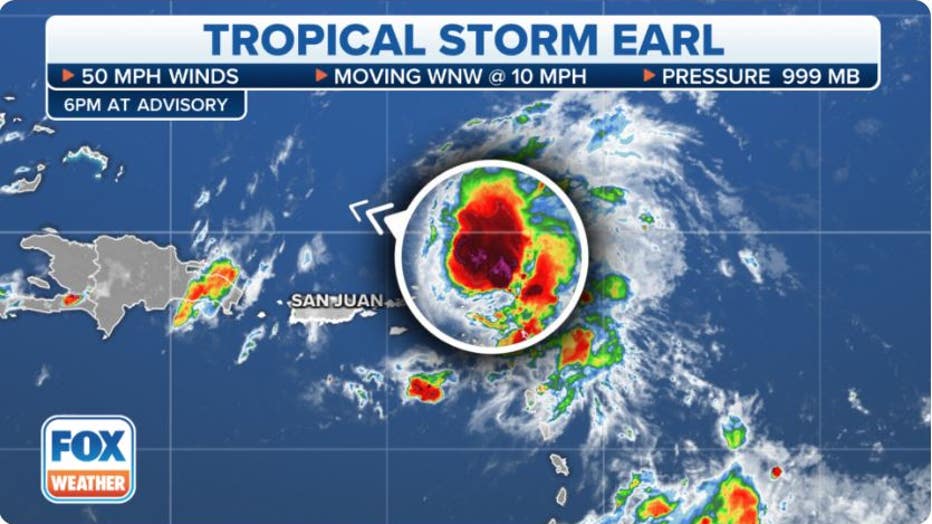 The National Hurricane Center expects Earl to react to a weakness in a ridge and turn more northerly over the next few days.

A turn to the right will keep the cyclone well east of the Southeast and safely out to sea.

Major computer models all are in agreement that the cyclone will remain a concern for mariners but could come close to Bermuda late in the workweek.

HOW MANY CATEGORY 5 HURRICANES HAVE MADE LANDFALL IN THE US? 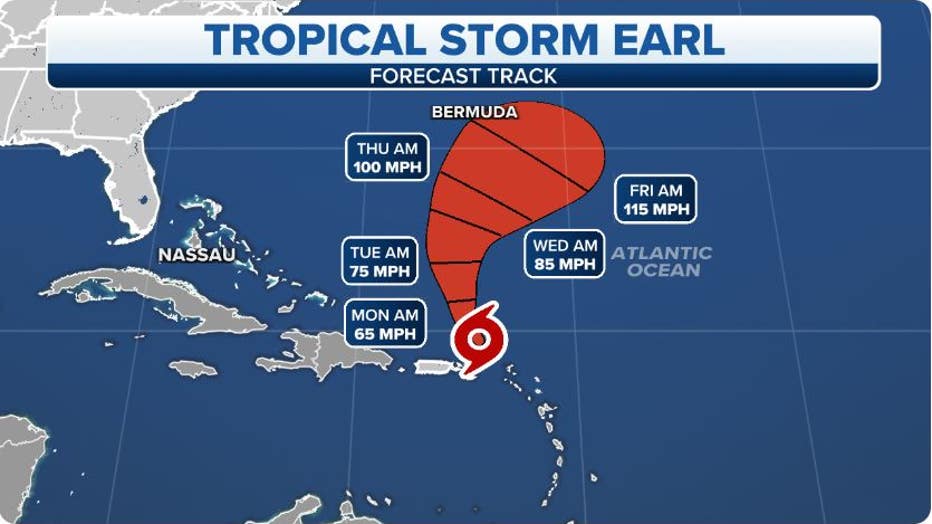 The eastern Pacific Ocean is bustling with tropical activity again after a several-week break with Tropical Storm Javier. 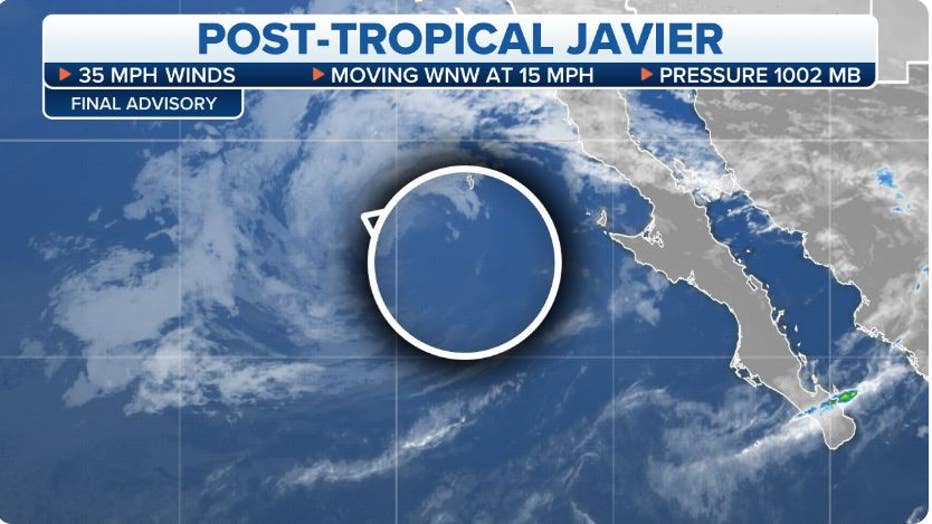 In Sunday's 5 a.m. advisory, the NHC downgraded Javier to a Post-Tropical Cyclone with sustained winds of 35 mph in what will be their final advisory on Javier.

Javier's center was located about 210 miles West of Punta Eugenia, Mexico and is expected to slowly turn westward into the open Pacific with further weakening through Labor Day week. 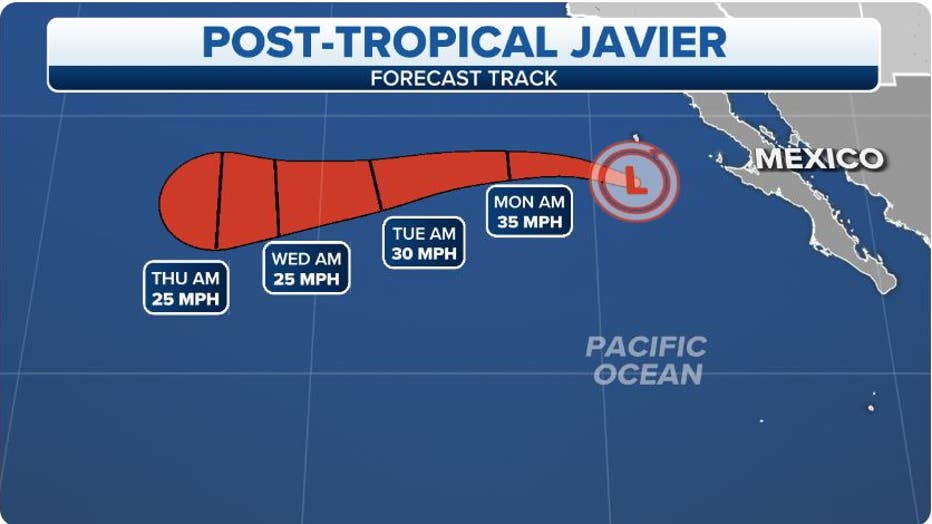