ROCHESTER HILLS, Mich. (FOX 2) - An investigation into a deadly drug overdose is underway in Auburn Hills, Mich. Thursday after three people were found dead in a hotel room. Two of the victims were brothers.

The parents of 18-year-old Kyler Kiessling and 20-year-old Caleb Kiessling of Rochester Hills spoke to FOX 2 about how the brothers struggled with addiction for years, in hopes of encouraging other families to seek help who may be going through the same thing.

Auburn Hills are investigating after three people were found dead and a fourth unconscious at a motel in Auburn Hills.

"'Just tell me, just tell me what's going on.' And then when he said what happened, I just screamed, 'Both? Both!'" Rebecca Kiessling said. She and her husband, Bob, lost both their sons at the same time to drugs.

"You know, I did everything I was supposed to do to stop this," Rebecca said.

Auburn Hills police say Wednesday afternoon they got a call to check on the welfare of a 17-year-old girl from Rochester Hills at the Baymont Hotel on Opdyke near University. Inside the Kiessling brothers and that 17-year-old girl were found dead and a 20-year-old man from Lake Orion was unconscious.

"Auburn Hills Fire Department came over to assist and they resuscitated him. He was transported to the hospital and we're told at this point he's in stable condition," said Auburn Hills police chief Jeff Baker.

The drug of choice was Xanax, according to Bob and Rebecca Kiessling. They say their adopted boys had been addicted to it for years.

The Kiesslings say it started with vaping then Caleb starting taking Xanax in ninth grade. Kyler followed the same path and abused Xanax and was in and out of jail. Caleb was in rehab at one point too, with dreams of joining the Navy. 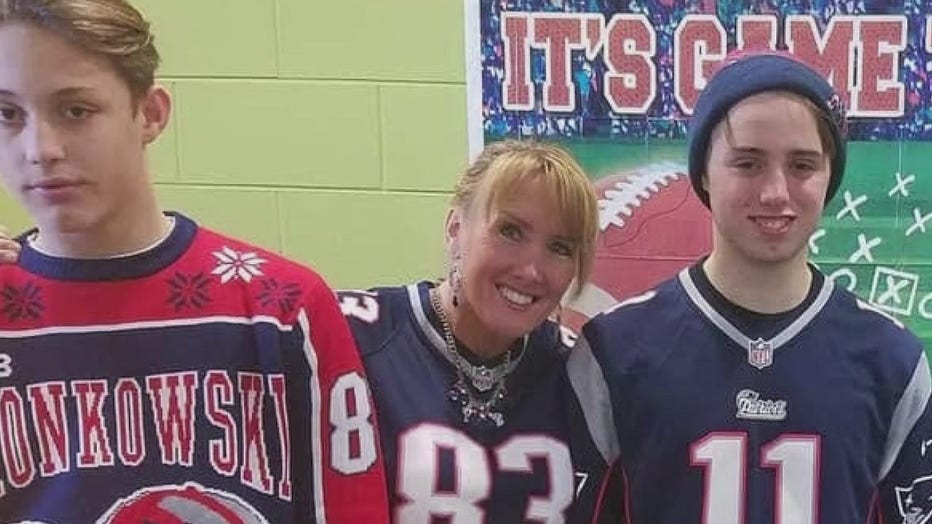 Bob says he was feeling worried and even called the probation department just hours before the boys were found.

"I told him I believe that one of my sons is in violation of probation and I'm concerned of his safety and the safety of others," Bob said.

But the call back didn't come until Thursday morning. "It was too late. She was very sorry," Bob said.

Auburn Hills police say in just the last 24 hours they've responded to two other overdose calls. Those victims were revived.

"And then just a short time ago we were dispatched again to the Baymont and unfortunately when we checked on the well-being of that individual, he's deceased," Baker said. That's now seven overdoses and four deaths in one day.

"It's disheartening. It's sickening," Baker said.

While Auburn Hills police say it will take about two to three weeks for toxicology results to come back, the Kiesslings can't help but think about that 17-year-old girl's family.

"Our heart bleeds for them. We know the pain they're going through," Bob said.

Police are reminding those who may be struggling with addiction that help is available.

Meanwhile, Rebecca and Bob are trying to remember happy times and their final conversations with their two boys.

Our community is heartbroken. It is with deep sadness that we inform you about the passing of three former RCS students, ages 17, 18, and 20, from the classes of 2018 and 2020. Our thoughts and prayers go out to the families and friends of these young adults during this very difficult time.

We would like to stress that if you or your child is experiencing a crisis, please don't wait to get help. The Common Ground Resource and Crisis Center provides 24/7 services and support. Call or text 1-800-231-1127, or go to: https://commongroundhelps.org/. This crisis/suicide line is also located on the back of student and staff ID cards.

RCS counselors, social workers, and school psychologists are also here to help. A "Talk to RCS" helpline is available to provide students with social-emotional support. Call: 248-963-0311 ext. 300. This service is available weekdays and weekends from 8:00 a.m. - 3:00 p.m. Building administrators are available after hours, and families can also email their student's counselor.
For assistance in talking with adolescents about grief and loss, please reference the attached information:  Talking with Adolescents about Grief and Loss.pdf
Our deepest condolences go out to the families of our former students. There is no greater loss than that of a child.