Serenity Broughton, 7, died from the gunshot wounds she suffered to her chest and torso. Her sister, identified by family as 6-year-old Aubrey Broughton, was "fighting for her life" at Loyola University Medical Center in Maywood.

CHICAGO - A health care worker, known by Belmont Central residents as "Dr. Lou," was treating patients Sunday when he heard a loud vibration that sounded like a drill going through a ceiling.

When he heard the screams that followed, he ran outside and saw two girls with gunshot wounds lying on the grass.

Lou, who didn’t want his full name used, immediately checked the older girl’s breathing, felt for a pulse and then grabbed her hand, repeatedly telling her, "It’s going to be OK."

"And the truth is she did not make it. And I feel sorry I could not do more."

Serenity Broughton, 7, died from the gunshot wounds she suffered to her chest and torso. 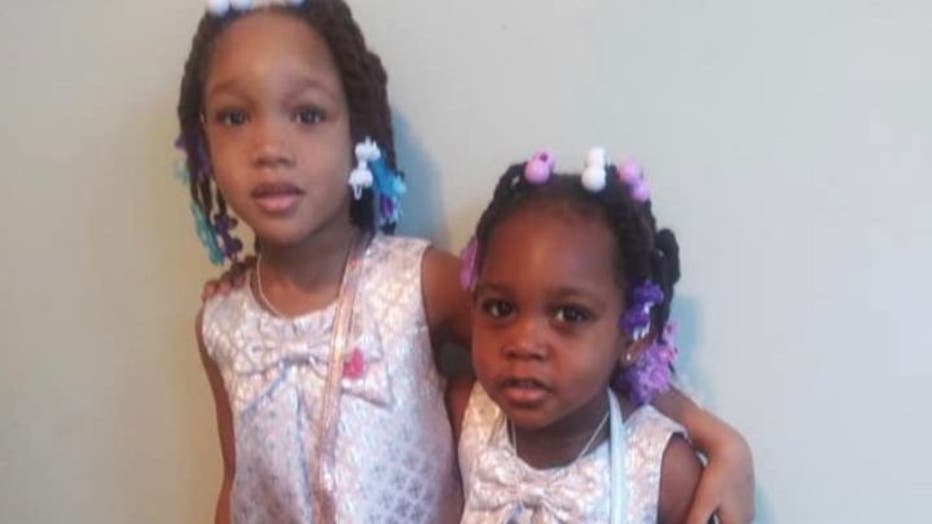 Serenity Broughton and Aubrey Broughton were wounded in a shooting Sunday in Belmont Central. | Provided by family

Her sister, identified by family as 6-year-old Aubrey Broughton, was "fighting for her life" at Loyola University Medical Center in Maywood with gunshot wounds to her chest and armpit, Chief of Patrol Brian McDermott said Sunday.

Lou said roughly 20 bullet casings ended up in a narrow alley beside his clinic after the shooting.

"It was a terrible sight," said Lou who ran back to grab more supplies to help Aubrey just as police and paramedics arrived and took over the blood-soaked scene.

The girls’ mother was putting Serenity in the backseat of the family’s car when Serenity was shot shortly before 3 p.m. in the 6200 block of West Grand Avenue, Chicago police said.

Aubrey was sitting in the back of the car when the gunfire erupted on the block police described as a "gang-conflict area."

Neither the girls nor their mother were intended targets, police said.

Serenity Broughton and Aubrey Broughton were wounded in a shooting Sunday in Belmont Central. | Provided by family

Lou did not know how the girls ended up in the grass but said there was so much commotion and crying, his goal was to tend to them.

Mayor Lori Lightfoot Monday described the girls’ shooting as "senseless and brutal" and called for a war against gangs.

"We must unite against our common enemy: the gangs who have no regard for the sanctity of life, even that of young children," Lightfoot said in a statement.

"We must declare war on these killers and their associates, and we must support our police as they leave no stone unturned as they search for the killers so that they may face justice. These killers have forfeited their right to walk amongst us as free people and we can have no empathy for them."

Police are encouraging anyone with information on the shooting to file an anonymous tip on the Police Department’s website or to contact Area 5 detectives.

Activist Andrew Holmes is also offering a $2,000 reward for any information leading to an arrest or conviction.

"It’s not about the money, it’s just about catching these individuals before they strike and hit another child," Holmes said. "Stop killing our children."

Serenity and Aubrey’s cousin, Alysha Tolefree, said the family has started an online fundraiser to cover costs related to Serenity’s funeral and the girls’ medical bills.