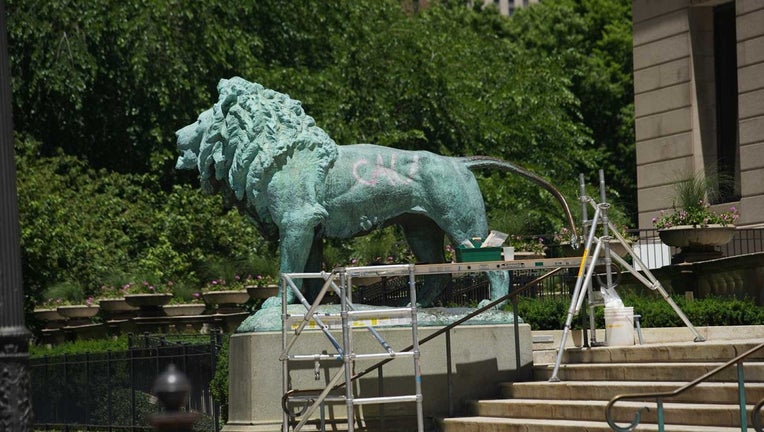 CHICAGO - Someone tagged one of the Art Institute of Chicago lions with spray paint.

The incident happened shortly after 9 p.m. Tuesday at the entrance of the museum, in the 100 block of South Michigan Avenue, Chicago police said.

No one was in custody.

A museum spokeswoman said the Art Institute’s conservation team was working to remove the damage.

"We are disappointed that someone would choose to vandalize one of our lions, who serve as a symbol of Chicago to visitors from around the world," Art Institute spokeswoman Kati Murphy said in an emailed statement.

Last year, someone stole a face mask from one of the lions less than a day after the masks were applied to spread awareness of a statewide mask mandate.

A month later, a 19-year-old Indiana woman allegedly tagged the base of one of the lions in the presence of police officers, who arrested her and confiscated three cans of spray paint.

The lions have stood at the museum entrance since 1894.