Toi Hutchinson, an adviser to Gov. J.B. Pritzker on cannabis control, said the goal of Illinois’ legal cannabis industry is to build a socially equitable program to help communities most harmed by the nation’s war on drugs.

"Revenue raised in this first month will soon begin flowing back into those communities to begin repairing the damage done by the failed policies of the past and creating new opportunities for those who have been left behind for far too long,” Hutchinson said.

Other marijuana retailers are also trying to ramp up production at growing sites in Illinois and to hire hundreds of people.

“We're expanding our corporate office here, for everything from supply chain and lawyers and people that manage the books, marketing people and human resources recruiters to help hire the other people,” said Erkes. 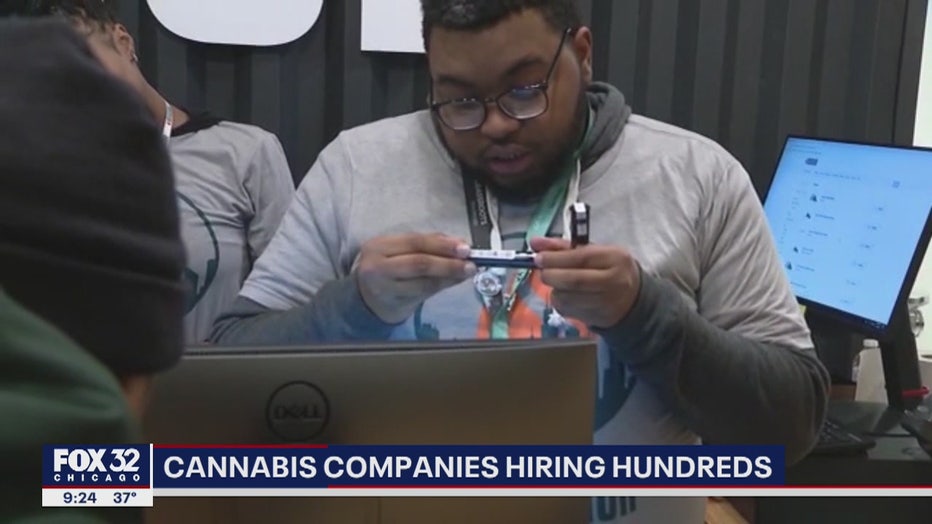 If the trend continues, state and local governments will have some extra cash, as pot growers and sellers move to hire thousands of new workers here.

In January, Illinois was the second state in the Midwest to launch recreational pot sales. Michigan was the first.