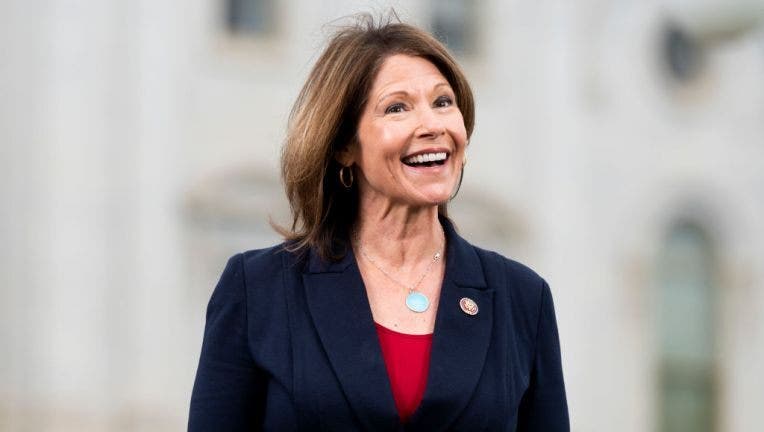 UNITED STATES - APRIL 23: Rep. Cheri Bustos, D-Ill., does a TV stand up outside of the U.S. Capitol before the House vote on the $483.4 billion economic relief package on Thursday, April 23, 2020.(Photo By Bill Clark/CQ-Roll Call, Inc via Getty Image

The western Illinois Democrat said she is feeling well despite the diagnosis.

“I have been in contact with my medical provider and, per CDC guidance, am self-isolating,” Bustos said in a statement. "Consistent with medical advice, I will be working remotely from my home in (Moline) until cleared by my physician.”

According to Bustos, everyone she has been in contact with have been notified of her status.

Bustos, 59, was re-elected earlier this month to a fifth term in the U.S. House, defeating Republican challenger Esther Joy King for the 17th District seat. Her win came after an eleventh-hour $1 million expenditure for her by the House Majority PAC, which is aligned with House Democratic leaders.

Bustos is the chairwoman of the House Democrats’ campaign arm. After the election she announced she won’t seek the post in the next Congress. Democrats had an unexpected loss of seats to Republicans in the election, which triggered intra-party recriminations.