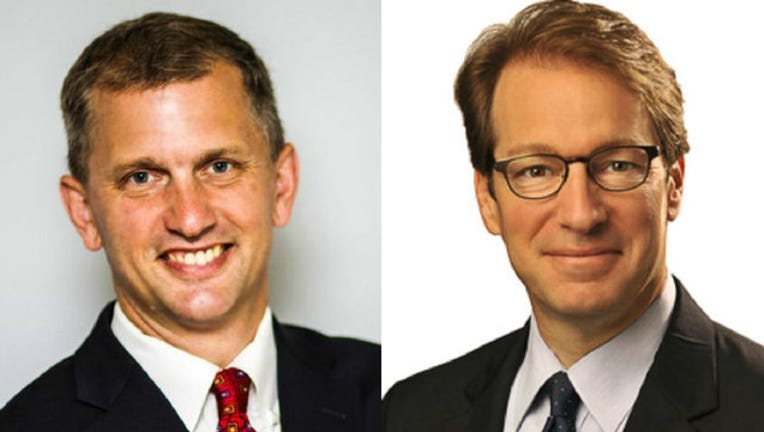 CHICAGO (AP) — Democrats dominated in Illinois on Tuesday, winning all statewide offices and flipping two Republican-held congressional seats, including one that’s been in GOP hands for decades.

Republican Rep. Peter Roskam of Wheaton lost his bid for a seventh term to Democrat Sean Casten in a suburban Chicago district, while Democrat Lauren Underwood defeated GOP Rep. Randy Hultgren in another Chicago-area district the party had targeted in its effort to win House control.

The election saw higher-than-normal turnout, as Democrats pushed back against President Donald Trump and his policies and Republicans tried to hold on to some power in the left-leaning state.

Casten, a scientist and businessman from Downers Grove, defeated Roskam, arguing that he was too conservative and too cozy with the president to continue representing a district that supported Hillary Clinton over Trump in 2016. He criticized Roskam for his long record of opposing abortion and for helping draft the GOP tax plan, which Casten said hurts the district’s residents. Roskam warned Casten wants to raise taxes and criticized the first-time candidate for name-calling and “embracing the politics of ridicule,” saying he uses the same kind of divisive talk — and tweets — that has turned the district’s voters against Trump.

Underwood, a 32-year-old African-American nurse from Naperville, topped Hultgren to become the first woman and first minority to win the congressional seat once held by GOP House Speaker Dennis Hastert. Underwood said she was motivated to run for her first political office after Hultgren supported health care legislation that would’ve made coverage of pre-existing conditions more expensive. She also criticized him for not being accessible to district residents. Hultgren argued voters knew his track record of getting things done for the district, a rural and suburban area north and west of Chicago that backed Trump by 4 points over Clinton.

Bost, of Murphysboro, won re-election over Kelly, the St. Clair County state’s attorney, in a southern Illinois district that Democrats also sought to flip . The once reliably Democratic district strongly backed Trump in 2016, and the president campaigned for Bost last month. Trump also was in the district in August, where he touted his trade policies at U.S. Steel in Granite City. Bost is a former state representative first elected to the House in 2014. Both he and Kelly are veterans — Kelly served in the Navy and Bost in the Marines. Green Party nominee Randy Auxier of Murphysboro also ran.

In central Illinois, Davis of Taylorville narrowly survived the challenge from Londrigan to win his fourth term. Londrigan, of Springfield, also made health care a central focus of her campaign, recounting her son’s life-threatening illness and saying her family could have faced bankruptcy if they hadn’t had health insurance. She criticized Davis for supporting legislation to repeal and replace the Affordable Care Act, then joining a White House celebration of the House vote. Davis argued Londrigan is too extreme for the district. Vice President Mike Pence headlined a fundraiser for Davis in October, and Trump’s daughter, Ivanka Trump, campaigned with him.

Raoul, who was appointed to the state Senate in 2004 to replace the U.S. Senate-bound Barack Obama, pledged to fight Trump as attorney general, saying the president’s agenda will hurt the environment and undermine a woman’s right to an abortion.

“We reject the hate that has come from Donald Trump ... (and) the policies that come from them,” he told supporters at a victory party in Chicago after winning the seat vacated by Democrat Lisa Madigan.

Raoul spoke about his immigrant parents, who came to the U.S. from Haiti, and recalled how his physician father sometimes accepted payment in goods like cheese in exchange for his medical services.

“You better believe I am going to live out my father’s legacy and fight for access to health care,” he said.

Raoul, 54, boasts a variety of legal experiences, including as an assistant Cook County state’s attorney, and he criticized Harold’s lack of experience as a prosecutor.

Harold, an Urbana lawyer who used scholarship winnings as Miss America 2003 to get a degree from Harvard Law School, is a civil litigator who dismissed Raoul’s complaints and posits herself as an able administrator willing to take on public corruption.

“We need an attorney general who will be able to take the politics out of the office and to be able to bring us all together,” she told her supporters.

Raoul has built a record in the Legislature of fighting illegal guns and restructuring workers’ compensation laws to curb abuses.

He said the attorney general’s role has expanded in modern times to include defending taxpayers against federal overreach on issues such as the Muslim travel ban and keeping immigrant families together. He pledged to expand the post’s vigilance in fighting online sexual predators and fighting gun violence with better trauma treatment of victims who research shows sometimes become perpetrators.

Libertarian Bubba Harsy of DuQuoin also was on the ballot.

Democrats, who have controlled both houses of the General Assembly for 30 of the past 42 years, were looking to expand their majorities after a rare and minor setback in 2016.

The biggest question for the majority party was whether it will regain a 71-seat supermajority in the House, which would give Democrats enough votes to override any veto by the governor. Senate Democrats have enjoyed a supermajority of 36 or more seats since 2007.