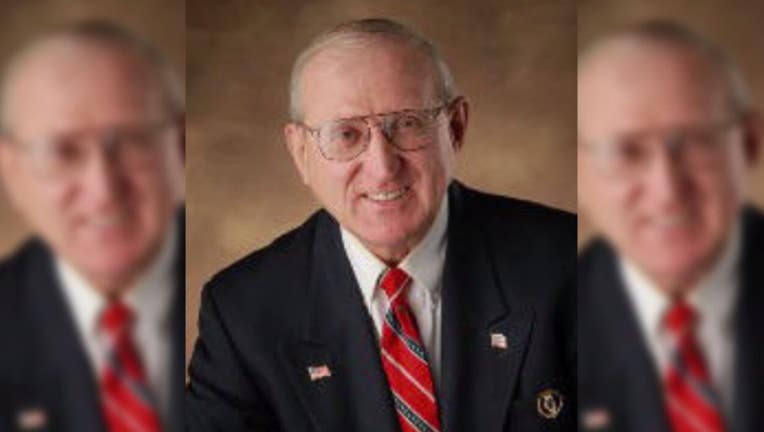 CHICAGO - The Illinois Republican Party is ramping up efforts to make voters aware that an anti-Semitic activist and Holocaust denier who won the GOP nomination two years ago is again a candidate for the U.S. Congress, officials said.

Arthur Jones, 71, did not mention his contentious views to many voters when he asked them to sign petitions allowing him to appear on the ballot in the upcoming March primary, several people told the Chicago Sun-Times in an interview. In the 2018 Illinois congressional primary, he received 20,681 votes, according to the AP Election Research and Quality Control.

Anthony Sarros, executive director of the state's GOP, said the party is planning an awareness campaign that could include digital advertising, Facebook ads or mailers ahead of the primary, to lay out Jones' beliefs and remind voters that there are two other Republicans running.

"We want to make sure that the Republicans, Democrats, any Illinois citizens know that this is not a candidate that we support and we don't want him winning the election," Sarros said. "We hate this. we don't want this to happen and now I kind of want to know how this happened and how do we prevent this."

Jones is a retired insurance agent from Lyons who has run for the GOP nomination eight times before in the 3rd Congressional District, a heavily Democratic district stretching from Chicago's southwest side to suburban Western Springs and LaGrange. He's also an outspoken Holocaust denier, anti-Semite and white supremacist who founded the American First Committee, whose membership is exclusive to "any white American citizen of European, non-Jewish descent."

Jones, who could not be reached for comment, said before that his perspectives on the Holocaust are not an issue.

"It never comes up. When I got my signatures, nobody asked me about the damn Holocaust," Jones told the newspaper in 2018. "It's totally irrelevant to my campaign. Totally irrelevant."

Jones amassed 844 signatures in areas that include Palos Hills, Hickory Hills, Stickney, and Oak Lawn, records show. Slightly more than 600 signatures were needed to get on the ballot.

He also got one Chicago voter to sign his petitions after not obtaining any signatures in the city in 2018.

The focus of the Congressional race has been on the rematch of Marie Newman, a progressive, and incumbent U.S. Rep. Dan Lipinski, a social conservative. Rush Darwish, who runs a radio and TV production business, is also running in the Democratic primary.

Some of those who signed his petitions told the newspaper they did not know Jones' background.

Ronald Ogarek, a Palos Hills man who signed the petition prior to learning Jones' history, said he's a Republican and a President Donald Trump supporter, "but I don't support white supremacists."   "I had no idea that he was a neo-Nazi or a white supremacist," Ogarek added. "I would have kicked him out if I knew that."