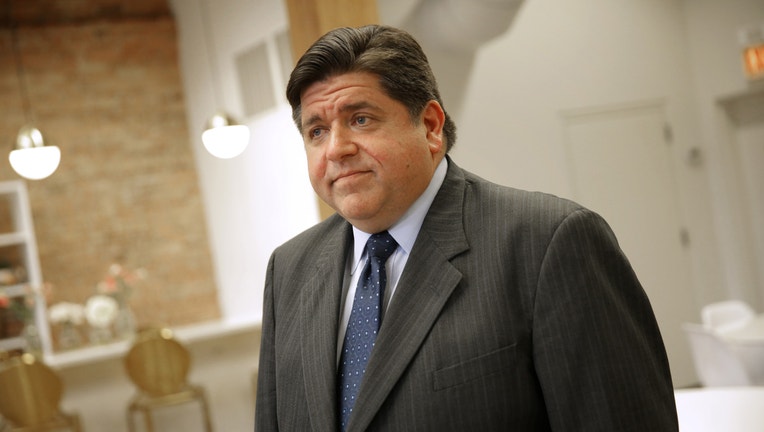 SPRINGFIELD, Ill. - Illinois Gov. J.B. Pritzker on Wednesday consolidated pension programs for most of the state's police officers and firefighters outside the Chicago area, a move he said would expand the funds by up to $2.5 billion over five years while cutting administrative costs for local governments.

The Democrat lauded the action as a landmark step toward rectifying Illinois' beleaguered public-employee retirement systems, but it doesn't touch accounts for state employees or Cook County, which includes Chicago. Those accounts are tens of billions of dollars short of full funding.

The measure Pritzker signed into law creates two statewide funds - one for law enforcement agencies and another for firefighters - from among 649 local programs outside of Cook County, a goal that has eluded previous lawmakers and governors for 70 years. With pooled assets of $8.7 billion in the police fund and $6.3 billion in the fire account, Pritzker said additional investment returns will total $800 million to $2.5 billion in the first five years while also relieving local governments of administrative costs for housing separate programs.

“We are helping hundreds of cities in Illinois alleviate their spiraling property tax burdens, and just as importantly, we’re showing that Illinois can tackle its most intractable problems,” Pritzker said in a statement.

A pension-review committee the governor convened in January recommended the change and lawmakers agreed, giving Pritzker the latest of several legislative victories he has enjoyed in his first year on the job.

But the change doesn't affect nine Chicago and Cook County pension accounts underfunded by $44 billion, or five state employees' programs that are $134 billion short. The lone effort to cut those costs, a 2013 law that ended compounded yearly cost-of-living increases, extended retirement ages for current state workers and limited the amount of salary that counts toward calculating benefits the Illinois Supreme Court deemed unconstitutional in 2015.

Another cost-cutting law that survived offers less-generous benefits to new employees. But the cuts were so steep they threaten to eventually violate federal Social Security minimum protections, so Wednesday's consolidation law sweetened by as much as $95 million the less-generous benefits employees hired after Jan. 1, 2011, receive.

The new law retains local pension boards to administer benefits and ensures that no assets or liabilities are moved from one plan to another.