Illinois officials disparaged a Kentucky grand jury’s decision on Wednesday to bring no charges against Louisville police for the killing of Breonna Taylor during a drug raid gone wrong.

CHICAGO - Illinois officials disparaged a Kentucky grand jury’s decision on Wednesday to bring no charges against Louisville police for the killing of Breonna Taylor during a drug raid gone wrong, but they asked anyone participating in local protests in response to be peaceful.

“In this moment, each of us has an opportunity and really an obligation to reflect on how we will take in this news and what we will do with it,” Chicago Mayor Lori Lightfoot said. “Breonna Taylor’s family has consistently called for peace and urged people who are acting in her name to do so in a way that builds, not destroys community.”

Taylor, a Black emergency medical worker, was shot multiple times by officers who entered her home during a narcotics investigation the night of March 13.

The grand jury brought three counts of wanton endangerment against fired Officer Brett Hankison for shooting into Taylor’s neighbors’ homes during the raid. The FBI is still investigating.

Hundreds of protesters gathered in downtown Chicago and in various neighborhoods around the city late Wednesday to protest that there were not charges filed directly related to Taylor’s death.

About 300 people gathered in Palmer Square Park on Chicago’s northwest side before setting off on a march, chanting Taylor’s name. The march was monitored by police officers on bicycles. Other demonstrators gathered in downtown’s Millennium Park, chanting demands for justice as passing motorists on Michigan Avenue honked their horns. Those demonstrators then marched in nearby streets.

Activist priest the Rev. Michael Pfleger told protesters gathered in the middle of a South Side intersection that they should peacefully let those who represent the status quo know of their unhappiness with the Taylor decision.

“We’re here tonight because we do care,” Pfleger said. “And we’re here because we want to say, ‘We object and we don’t accept it. Somebody has to be held accountable.’”

Protesters also gathered outside the headquarters of the Chicago Police Department.

Chicago experienced several bouts of unrest this spring and summer as people broke windows, vandalized and stole from businesses in the downtown area and other neighborhoods, marring separate large protests prompted by George Floyd’s killing by police in Minnesota and other Black people killed or wounded by police in the U.S.

City officials have used road closures, transit system shutdowns and raised bridges downtown in response, prompting criticism from many circles including civil rights groups and aldermen who charged that Lightfoot was prioritizing downtown businesses over those in neighborhoods. The city’s police department also has emphasized new teams that can quickly respond to violence or unrest concentrated in one place.

Lightfoot didn’t discuss specific preventative steps on Wednesday, but said the city and police will be prepared if needed.

“We are prepared for every eventuality, but our hope, our prayer and what we urge is peace,” Lightfoot said. 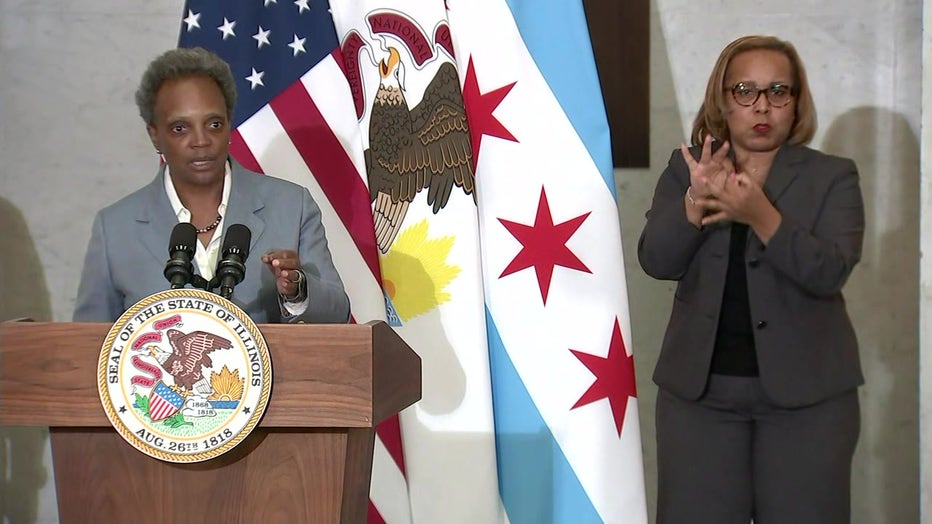 On Wednesday night, protesters called on Mayor Lightfoot to make some changes. In front of Millennium Park, two groups gathered with the same message. They believe the justice system is racist and flawed.

“They should get a murder charge for the way that they killed her,” one protester said.

“The decision to only charge one officer with wanton endangerment, it is hurtful, it is confusing and proves how Black people are often dehumanized and disenfranchised by the criminal justice system,” said Lieutenant Governor of Illinois Juliana Stratton.

Protesters in Chicago also continue to call for the defunding of the Chicago Police Department. The mayor has called for police reform, but not defunding the police.

The city’s Office of Emergency Management and Communications separately announced plans to deploy 300 city trucks and other equipment to commercial areas, making them available for traffic control and road blocks used earlier this year.

“Our hope is that people will listen to what we’ve said here today, and people will protest peacefully,” he said. “Because Breonna deserves to have her name said.” 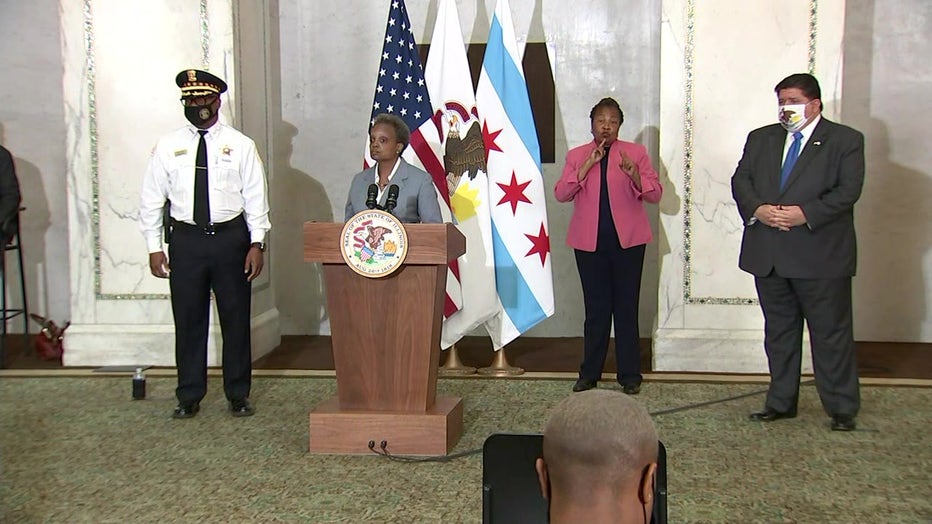 Pritzker on Tuesday put the state’s national guard in a “state of readiness” in anticipation of an announcement connected to Taylor’s death. He said some people took advantage of prior protest activity as an opportunity to act illegally, and the national guard will support local authorities who need it.

“In every circumstance, we want to be prepared,” he said.