The man, who is a Cook County resident, had recently traveled to Italy and returned home through O'Hare Airport.

CHICAGO - Another Illinois resident has tested positive for the novel coronavirus (COVID-19), making him the fifth person in the state to contract the disease, state health officials announced Thursday.

The patient, who is a Cook County resident in his 20s, had recently traveled to Italy and returned home through O'Hare Airport earlier this month, the Illinois Department of Public Health said in a statement.

The Centers for Disease Control and Prevention is examining the specimen.

MAP: THIS IS WHERE THERE ARE CONFIRMED CORONAVIRUS CASES

He is currently in isolation at Rush University Medical Center on the near West Side. Officials are identifying anyone he was in contact with since arriving in the United States. 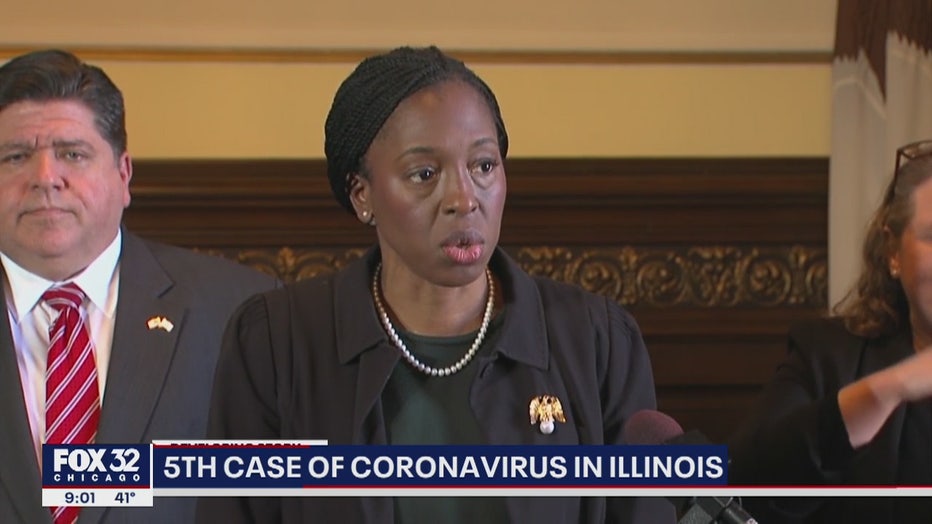 Last weekend, an Arlington Heights couple became the third and fourth people in Illinois to be confirmed as having the virus.

On Monday, a patient suspected of having coronavirus at the University of Chicago Medical Center tested negative for the disease.

On Wednesday, it was announced that a Public Works Department employee is being monitored for COVID-19.

“The state of Illinois is working around the clock to contain COVID-19 and educate the public,” said Governor JB Pritzker. “Public health officials anticipated there would be additional cases and we will continue to implement robust measures to contain the virus while also preparing for further transmission. The risk of COVID-19 to the general public in Illinois remains low, but we encourage the public to be vigilant and take extra care with the normal precautions you should take during flu season.”

Gov. J.B. Pritzker and Mayor Lori Lightfoot have announced plans to expand testing for the virus even as they said that the risk to the public was low. COVID-19 is most dangerous to people who are older than 60 or who have underlying medical conditions.

“The risk to the general public remains low but we are not taking any chances and preparing for all eventualities,” Pritzker said Thursday during a news conference at the state Capitol before he briefed lawmakers in a nearby state auditorium. “Given this virus’ intensified influence on the elderly, we are paying urgent attention to our nursing homes, our veterans homes and long term care facilities, as well as to the employees who serve those vulnerable populations.”

The state has four labs to test for the virus, which was discovered in China late last year and now has spread to virtually every continent. The labs have allowed the state to act aggressively on such “presumptive positive” results and treat the illness, state public health director Dr. Ngozi Ezike said. The two most recent cases in Illinois fall in that category and are awaiting confirmation from the Centers for Disease Control and Prevention.

And the state is working with hospitals in Chicago and elsewhere to conduct so-called voluntary surveillance testing. Test results from patients who are sick but test negative for influenza would be assessed at the state labs.

“This surveillance will help us to determine if the virus is circulating in the community, and to what extent,” Ezike said. “With that information, we can tailor our response and better protect the health of all of our citizens.”