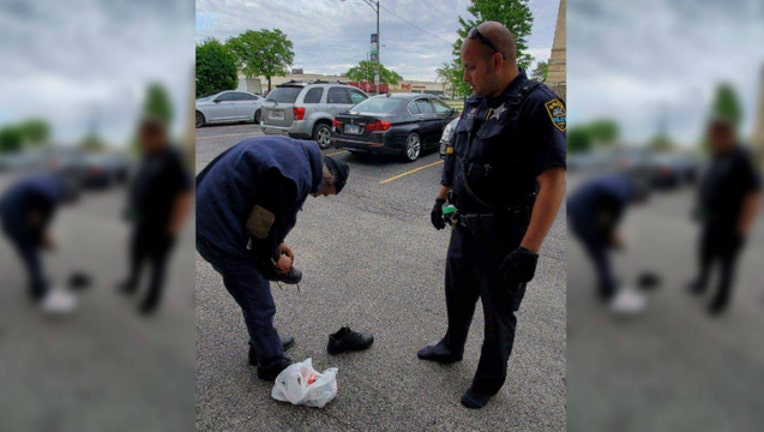 NILES, Ill. (AP) - A police officer in suburban Chicago took off his shoes and gave them to a homeless man who had tripped because of poor footwear.

The Niles police department says on Facebook that Officer Brian Zagorski gave up his shoes Saturday. He also offered a pack with toiletries and clothing, but the man politely declined.

Police posted a photo of the two men on social media.