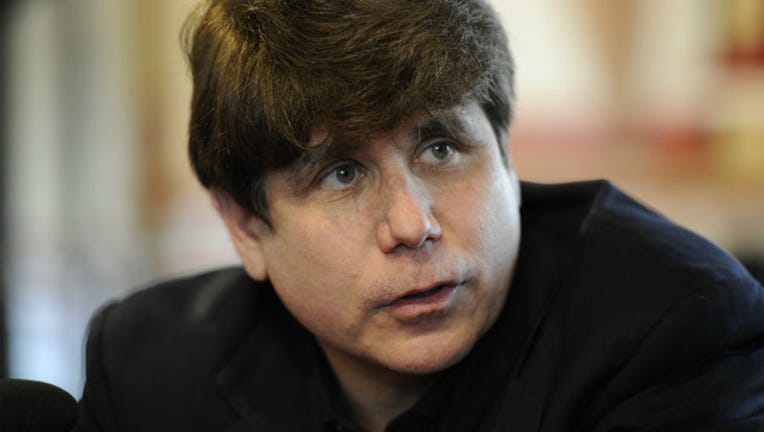 CHICAGO (AP) - Eight years after former Illinois Gov. Rod Blagojevich was convicted of corruption, the state of Illinois is seeking to bar him from practicing law.

The Chicago Tribune reports the Illinois Attorney Registration and Disciplinary Commission filed a formal complaint earlier this month citing Blagojevich's conviction on federal corruption charges and requesting a hearing before a disciplinary panel.

The Tribune reports the complaint said the crimes for which Blagojevich was convicted "adversely reflect on his honesty, trustworthiness or fitness as a lawyer."

James Grogan, the ARDC's deputy administrator and chief counsel, said the complaint was served on one of Blagojevich's attorneys on Aug. 7. That is the day President Donald Trump said he considering commuting the sentence of Blagojevich, who is serving a 14-year prison term. Grogan says Blagojevich has until Aug. 28 to respond.

The Illinois Supreme Court suspended Blagojevich's law license indefinitely after his conviction at a second trial on counts of wire fraud, bribery and attempted extortion.