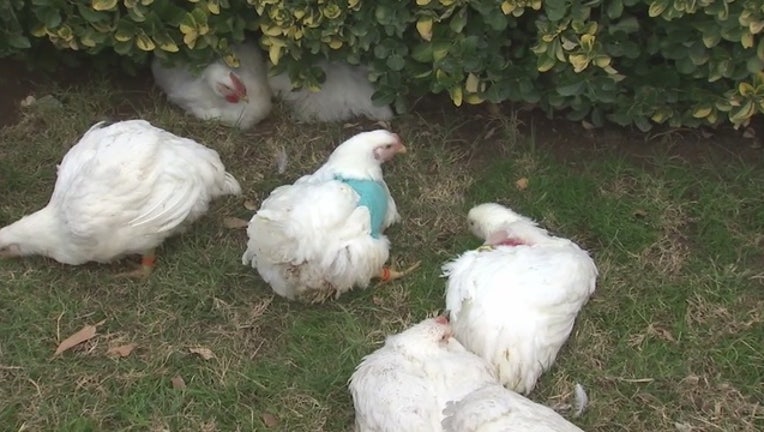 CHICAGO (AP) - A wildlife biologist has taken prairie chickens from Kansas, which has a more robust population, and released them in Illinois in an effort to boost the population of the endangered birds.

The birds once numbered in the millions across the state but there are now about 200 left, the Chicago Tribune reported.

This week, the United Nations' Intergovernmental Science-Policy Platform on Biodiversity and Ecosystem Services published a pioneering scientific study on biodiversity, which showed that 1 million species globally remain imperiled. The loss of species is a danger to biodiversity that has a direct impact on water quality, food security and ultimately human survival, the report indicated.

Bob Gillespie, a wildlife biologist with the Illinois Department of Natural Resources and manager at the Prairie Ridge State Natural Area near Newton, said he attributes his commitment to conserving the prairie chickens to his father, Jim Gillespie. Jim worked on a sweeping study of greater prairie chicken nesting behavior that chronicled the precise types of nesting materials and surrounding plants that were ideal for the birds. That work proved to be a blueprint for his son, who now oversees the Prairie Ridge grasslands to the exact height and composition that a nesting hen desires.

Bob, who started working at Prairie Ridge in 2013, said he arrived after a drought and a violent hailstorm destroyed the prairie chicken's population, reducing it to around 60 birds.

"That was a very, very critical point, and we had to do something quickly," Gillespie said.

The recovery effort evolved into a translocation plan, capturing the birds from a stronger prairie chicken population in Kansas and freeing them in the Prairie Ridge preserve. The purpose of translocating, a project that concluded last year, was to boost the flock's genetic stability and allow for population expansion through successful reproduction. Low numbers of prairie birds result in inbreeding, which triggers genetic drift, subsequently resulting in fewer viable eggs and frailer young.

"Translocation is a very drastic measure. The reason we do this is that greater prairie chickens are important wherever they are," Gillespie said. "They're a great symbol of the American prairie. They're a unique organism that we should protect for ourselves, and for the people who come after us."