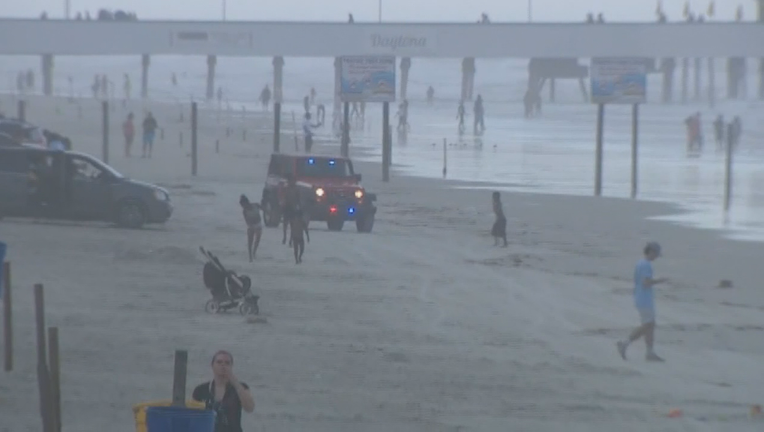 HOUSTON - Imelda has been downgraded to a tropical depression after already dumping plenty of rain in Southeast Texas.

Officials in the Houston area are preparing high-water vehicles and staging rescue boats as Tropical Storm Imelda threatens to dump up to 15 inches of rain in parts of Southeast Texas and southwestern Louisiana over the next few days.

The storm, which formed on Tuesday, made landfall near Freeport, Texas, with maximum sustained winds of 40 mph.

The threat of heavy rain has put some residents in the Meyerland community in southwest Houston on edge.

“It's terrifying. Every time it rains you're worried about it flooding again. If you get more than three inches of rain here now you have street flooding and the potential of your home flooding,” Massey said.

Massey’s last effort to protect her home from Hurricane Harvey with 16,000 lbs of sandbags and a water barrier cost her $8,500. But it wasn’t enough for the catastrophic storm.

​“It worked for about 12 inches then we got 4.5 feet and our whole house went under,” she said.

Jeff Lindner, a meteorologist for the Harris County Flood Control District in Houston, said the main threat from Imelda remained the potential for heavy rainfall and flooding.

Some parts of Harris County and neighboring Galveston County had already received 2 to 3 inches of rain through Tuesday morning.

Lindner says while there is the potential for some isolated structure flooding in the Houston area, widespread house flooding "doesn't look likely at this point."

Gov. Greg Abbott said the state is getting resources in place. The State Operations Center is now at Level 3, which means “increased readiness.” The governor has also placed resources on standby including special search and rescue boat crews.

The storm could also bring some rain to North Texas later this week.

FOX 26 Houston contributed to this story.