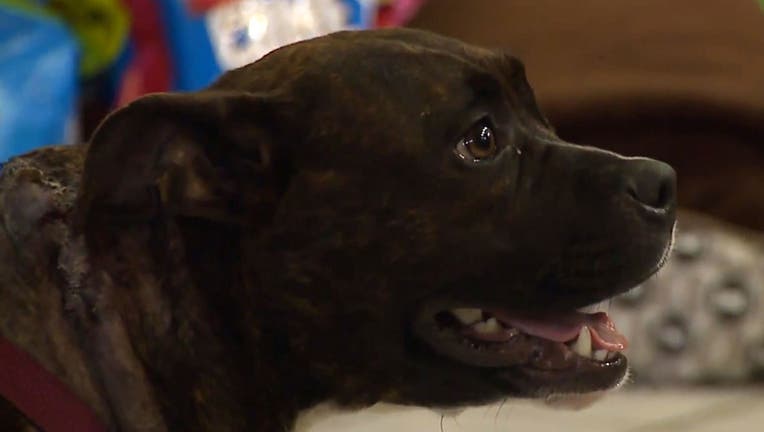 INDIANAPOLIS - The magic of Christmas morning was seemingly ruined for an Indiana family last Wednesday after a man apparently tried to break into their garage — and stabbed their pet dog in the process.

The Gray family, of the Indianapolis area, claims the man was on their property when their son took their dog, named Skee, outside to eat. But the suspect stabbed the pup in the neck — and her loved ones believe she might have been trying to stop the man.

They confronted the man in a nearby alley and he told them the blood on Skee's body wasn't blood, but an iced slushie drink he threw at her, mother Chrystal Gray told WXIN.

“It is serious, it could have been life-threatening," Gray said of the attack, adding the dog suffered a gaping wound — apparently four or five inches deep — on her neck. 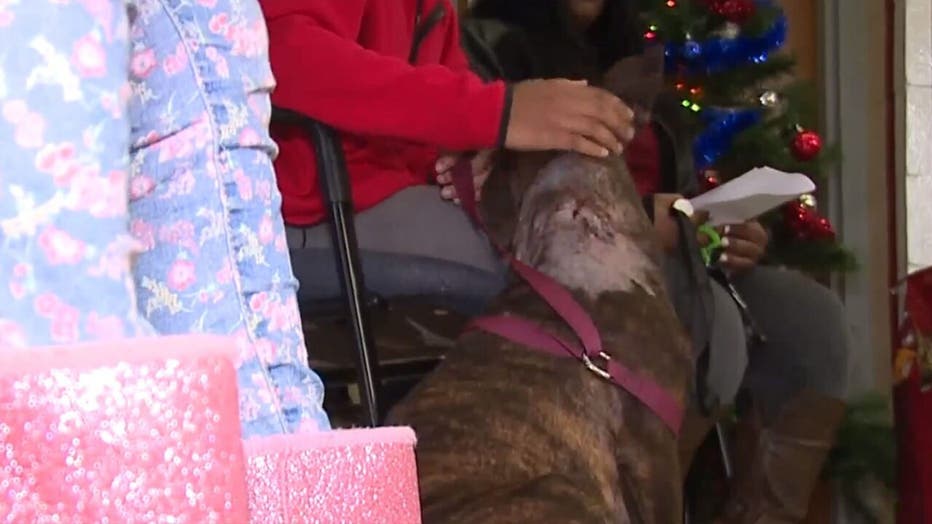 The family tried to stop the dog's bleeding with napkins and plastic wrap before they rushed Skee to an animal hospital. The dog was eventually taken to Indianapolis Animal Care Services for surgery, where veterinarians worked to close the gash.

Skee, who reportedly had a litter of puppies a few weeks ago, was recovering at home as of Sunday.

It was not immediately clear if the suspected burglar was arrested.