CHICAGO - An Indiana woman is accused of being involved in a robbery plot over a gold chain that led to her boyfriend’s shooting death in Gresham on the South Side in January.

Akiya Sims, 19, was arrested Monday in Indianapolis and extradited to Chicago and charged with first-degree murder and armed robbery in the death of 19-year-old Ohleyer Jones on Jan. 21, Chicago police said. Jones and Sims were in a relationship at the time.

Sims appeared in bond court Wednesday and was ordered held without bail.

Deon Evans, 19, who shares a child with Sims, was previously charged as one of the gunmen who fired several rounds at Jones as he sat in a car with Sims in the 9000 block of South Normal Avenue that day, police and Cook County prosecutors said.

The day before the shooting, Evans called a friend and told them to have Sims and Jones over at their home for a visit, prosecutors said. Evans told the friend to have Sims walk out the back door with Jones’ gold chain.

After the call ended, Sims texted the friend a picture of the chain, which has a pendant with the letters "LILOJ" on it, prosecutors said. 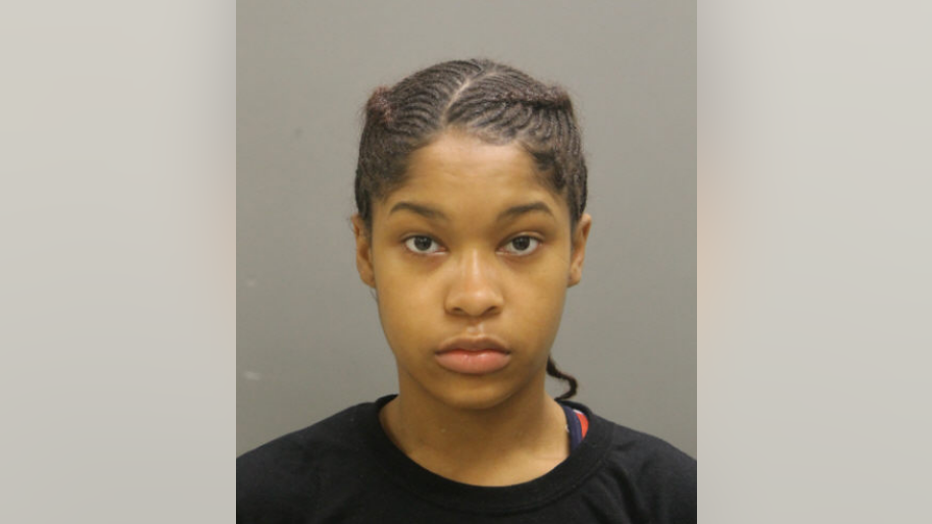 When Sims and Jones drove up to the home on the day of the shooting, another friend — who had heard about the plan to rob Jones — told them to leave immediately and texted Sims about calling the police, prosecutors said.

Jones drove a short distance and stopped on Normal Avenue, prosecutors said. As he sat in the car with Sims, a white SUV pulled up. Evans and another person got out of the SUV, approached Jones’ car and fired several shots, striking Jones six times.

Sims got out of the car and climbed into the back seat of the white SUV, prosecutors said. Evans and the second gunman rifled through Jones’ belongings before getting back into the SUV and fleeing.

Jones was taken to Christ Medical Center in Oak Lawn initially in critical condition, but later died from his injuries, police said.

Sims suffered a gunshot wound to her leg during the incident, prosecutors said. Evans drove Sims to her home in Indianapolis and later to a hospital, where she allegedly told a witness that the original plan was to rob Jones of his chain but the plan had changed.

The shooting was captured on surveillance video, and cell tower records placed Sims and Evans at the scene of the shooting and tracked their path from Chicago to Indianapolis, prosecutors said.

Evans was in possession of the gold chain, and the white SUV was registered to Evans’ mother.