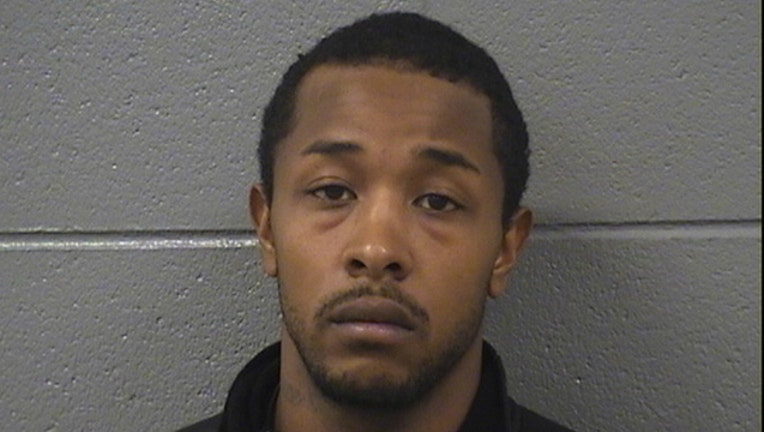 CHICAGO (SUN TIMES MEDIA WIRE) - State child welfare authorities are investigating the death of a 4-month-old girl, who died Thursday from injuries suffered in utero when her father allegedly beat her pregnant mother and killed her 3-year-old brother.

Janylah Mack was pronounced dead at 10:09 a.m. Thursday, according to the Cook County medical examiner’s office. An autopsy Friday found the baby, who lived in the West Side Humboldt Park neighborhood, died from complications of injuries her mother suffered in an assault while pregnant with her. Her death was ruled a homicide.

The Illinois Department of Children and Family Services, which referred to the girl as Janylah Thomas, is investigating her death, according to spokeswoman Veronica Resa.

A DCFS statement said Janylah died “as the result of injuries suffered in utero from an apparent domestic violence incident that took place when the mother was 34 weeks into her pregnancy, October 31, 2016.”

Her father, Devon Thomas, 22, was charged with murder and aggravated battery in November for an attack on his 3-year-old son, Tayveon Thomas, and his then-pregnant mother, the Chicago Sun-Times reported at the time.

Devon Thomas is under investigation for abusing Tayveon, who died on Oct. 31, 2016, Resa said. The mother is also being investigated for neglect in connection with Tayveon’s death.

A 1-year-old sibling was taken into DCFS care following Tayveon’s death and remains in the department’s custody, Resa said.

Devon Thomas punched Tayveon several times in front of the boy’s mother on Oct. 30, 2016, prosecutors said at his bond hearing. When the 23-year-old woman tried to stop him, he allegedly choked her until she lost consciousness.

The next day, at the couple’s apartment in the 12000 block of South Green Street, Devon Thomas punched Tayveon several times in the chest and torso, prosecutors said. He went on to stomp on the boy’s legs, arms and body with his boots.

At that time, Tayveon’s mother came into the room to give him medicine. When she saw the boy being beaten, she tried to intervene, according to prosecutors. But Thomas slapped her across the face, knocking her into the wall, and grabbed her by her ponytail.

Thomas ended up dragging his fiancee by her hair to the front room of the apartment, where they started arguing, prosecutors said. The woman eventually went back to check on Tayveon. She saw him lying face down on the bed with his body against the wall.

Tayveon was taken to Roseland Community Hospital, where he died at 1:15 p.m. that day, according to the medical examiner’s office. An autopsy found he died from multiple injuries resulting from child abuse, and his death was ruled a homicide.

The woman began having chest pains and gave birth prematurely to Janylah a few hours after Tayveon died, prosecutors said.