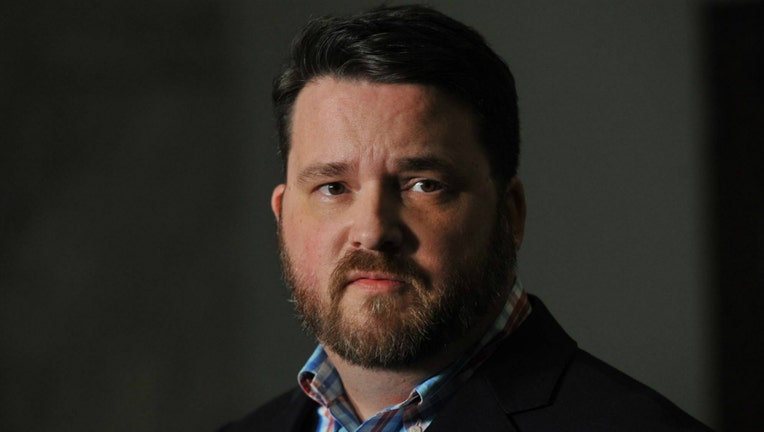 Troy Price Chairman of the Iowa Democratic Party, addresses the media about the aftermath of the Iowa caucuses on February 7, 2020 in Des Moines, Iowa. Price is calling for an independent investigation into what caused the delay of reports from preci

WASHINGTON - The chairman of the Iowa Democratic Party announced his resignation Wednesday after a disastrous caucus process beset by technical glitches led to a dayslong delay in reporting the results, inconsistencies in the numbers and no clear winner.

The embarrassing episode also threatened Iowa's cherished status as the first voting contest of the presidential primary season and led both front-runners to request a partial recanvass of the results.

“The fact is that Democrats deserved better than what happened on caucus night. As chair of this party, I am deeply sorry for what happened and bear the responsibility for any failures on behalf of the Iowa Democratic Party," Price wrote in a resignation letter a week and a half after Iowa's caucuses.

“While it is my desire to stay in this role and see this process through to completion, I do believe it is time for the Iowa Democratic Party to begin looking forward, and my presence in my current role makes that more difficult.”

He said his departure would occur as soon as the state party elects a replacement, and he called an emergency Saturday meeting to do so.

After a breakdown in tallying the results on Feb. 3, it took until Feb. 6 for the state party, which operates the series of roughly 1,700 local meetings statewide, to issue what it said are complete results.

In those figures, released by the party, former South Bend, Indiana, Mayor Pete Buttigieg leads Vermont Sen. Bernie Sanders by two state delegate equivalents out of 2,152 counted. That is a margin of 0.09 percentage points.

The Associated Press said it was unable to declare a winner, based on the available information. The results as reported by the Iowa Democratic Party, the AP believes, may not be fully accurate.

Price had called the delays in reporting results “unacceptable.” He said the party would conduct a “thorough, transparent and independent examination” of what caused the delays. He apologized for the breakdown in the process.

Both Buttigieg's and Sanders' campaigns requested a partial recanvass of the Iowa results, which the Iowa Democratic Party approved. The party says it expects the recanvass of more than 80 precincts to begin on Sunday and last two days. A recanvass is not a recount, but a check of the vote count against paper records created by caucus leaders to ensure the counts were reported accurately.

The party has said it will not change mistakes in the math and the only opportunity to correct it would be a recount, which would be the candidates' next option after the recanvass is completed.

Price was elected to his second term as chairman of the state party in December 2018. In a statement released after his reelection, he noted that he was “incredibly proud” of the success that Iowa Democrats had in the 2018 midterms and looked forward to building on it.

“I cannot wait wait to work with them again on what could very well be one of the most consequential Iowa Caucuses of our time,” he said.

Price previously was part of several Democratic campaigns in Iowa, including those of former President Barack Obama and presidential candidate Hillary Clinton. Price also had served as the party's executive director and led One Iowa, an LGBT advocacy group.

The Iowa Democratic Party instituted new rules for the 2020 contest that were meant to enhance transparency in the process.

In previous years, the Iowa Democratic Party reported just one number: the number of state delegates won by each candidate. For the first time, the party this year reported two other numbers - who had the most votes at the beginning and at the end of the night.

The additional data is a nod to Sanders and his supporters, who argued that the previous rules essentially robbed him of victory in his 2016 race against Clinton. That contest ended in a narrow delegate victory for Clinton in Iowa.