The head of the IRS, on the defensive over millions of Americans in danger of missing coronavirus relief payments, said Wednesday the agency is reaching out to low-income and homeless people, military personnel and veterans and those with limited English to notify them they may be eligible for the aid.

People who don’t normally file tax returns are among those being targeted, Internal Revenue Service Commissioner Charles Rettig told a hearing by a House oversight panel. 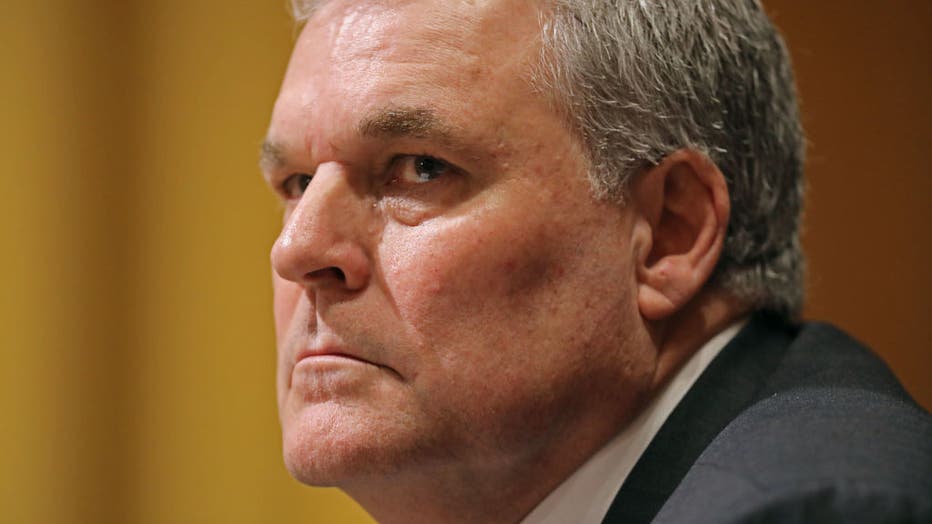 A congressional watchdog found that millions could miss the payments of up to $1,200 per individual because of incomplete government records. Nearly 9 million individuals who are eligible for the so-called economic impact payments hadn’t yet received them, the Government Accountability Office recently estimated.

A day after cutting off talks with Democratic leaders in Congress over a new COVID-19 relief package, President Donald Trump pressed Wednesday for passage of fresh $1,200 relief checks, among a few other items.

The universal payments were mandated in late March as part of Congress’ unprecedented $2.6 trillion in aid to cushion the blow from the staggering recession and economic shutdowns set off by the global pandemic. Since then, Rettig testified, the IRS has delivered about 170 million payments totaling over $270 billion, mostly by direct deposit but also in paper checks or prepaid debit cards.

“Although the IRS has sent out the vast majority of these payments, it continues its extensive outreach efforts into the historically underserved communities of our nation,” he told the hearing.

All adults earning up to $75,000 in adjusted gross income annually are entitled to $1,200 ($2,400 for married couples filing jointly) — with those amounts steadily declining for those earning more and phasing out entirely for people earning over $99,000. There are payments of up to $500 for each qualifying child.

Lawmakers on the panel decried the diminished funding for the IRS, now further strained by the pandemic. Delayed income tax refunds, hampered audit and enforcement efforts, and a revenue drain for the Treasury are the results, they said. Technology lapses in an outdated agency system forced the shutdown of call centers and Taxpayer Assistance Centers in this year’s filing season.

Funding for the IRS, long a punching bag for Republican lawmakers who have accused it of overreaching into taxpayers’ lives, has plummeted by about 21% since 2010. An independent IRS watchdog has warned that the funding cuts have eroded the agency’s ability to upgrade its technology and fulfill its role of collecting taxes and enforcing the law to prevent cheating.

Democrats charged that the limited resources have brought a double standard of stricter auditing for low-income people while the affluent can hide earnings and claim dubious deductions to escape their full tax obligations. “Some taxpayers, often the most wealthy among us, including potentially the current president of the United States, fail to properly pay their taxes,” Connolly said.

He cited Trump’s having claimed a $70,000 deduction for hair styling expenses during his TV show “The Apprentice.”

“Not a deduction available to most of us,” quipped Connolly.

Trump’s near-zero tax payments have underscored the ability of wealthy individuals with high-priced accountants to outmatch the IRS. Trump declared hundreds of millions in losses in recent years, thereby allowing him to pay just $750 in federal income tax the year he entered the White House, and no income tax at all in 11 of the 18 years reviewed by The New York Times in a report last week.