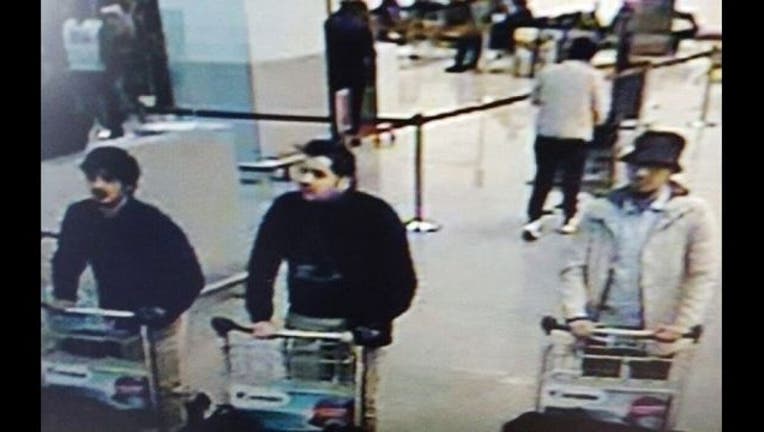 (FOX NEWS) - ISIS claimed credit for Tuesday morning’s rush-hour attacks in Brussels, which left at least 31 dead and more than 180 injured, and authorities in Belgium released a chilling surveillance photo that may show three of the bombers moments before explosions ripped through the European capital’s biggest airport.

The bombings, including at least two at Zaventum airport and another at a Metro Station near European Union headquarters, came four days after the arrest of Salah Abdeslam, the main remaining suspect from November’s attack in Paris, and sent Brussels into full lockdown mode. Hours later, a channel on the encrypted messaging app Telegram that is maintained by ISIS described the operation.

“Islamic State fighters carried out a series of bombings with explosive belts and devices on Tuesday, targeting an airport and a central metro station in the center of the Belgian capital Brussels, a country participating in the international coalition against the Islamic State,” the message read.

“Islamic State fighters opened fire inside Zaventem Airport, before several of them detonated their explosive belts, as a martyrdom bomber detonated his explosive belt in the Maalbeek metro station. The attacks resulted in more than 230 dead and wounded."