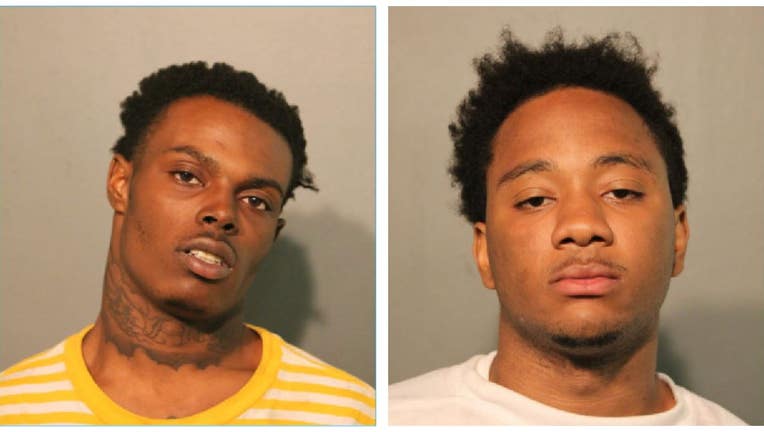 CHICAGO - Chicago police said that Jaylun Sanders, 21, and Kameron Abram, 20, have been charged in a mass shooting on Chicago's Near North Side that left two people dead and seven others wounded.

It started with a fight between two groups outside a McDonald's restaurant at State and Chicago about 10:40 p.m. Thursday. Shots were fired into a crowd, people ran, including the alleged gunman, who fled down to the CTA's Red Line platform.

The mother of a 17-year-old Chicago boy who was shot multiple times on the Near North Side was brought to tears when she described seeing her son laying on the ground with gunshot wounds Thursday night.

Chicago police said they were arrested on Thursday night near the shooting scene on North State Street.