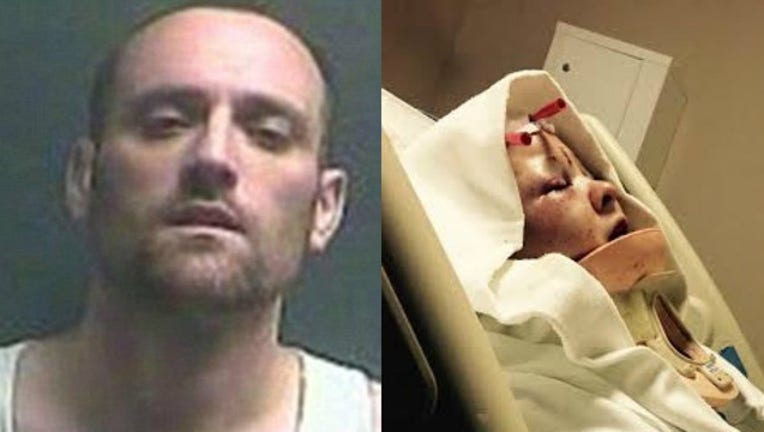 BOONE COUNTY, Ky. (WTXF) - A man in Kentucky has been found guilty of cutting off his girlfriend's scalp and siccing his pit bull on her. Prosecutors say the gruesome attack was motivated by obsessive jealousy.

Police say 31-year-old Zachary Gross spent an hour beating and torturing his girlfriend, 26-year-old Marilyn Stanley. They say Gross used a knife to remove most of the woman's scalp after punching her repeatedly in the face "until she was unrecognizable.” He then ordered his pit bull to attack her, ripping her ears apart.

After removing the woman's scalp, prosecutors said Gross told her: “You're bald now. Who's going to want you, now?” The Sheriff's Office said Gross then put the woman's ripped-off scalp in a plastic bag and dropped her off several houses away from her mother's house.

The attack happened September 2015 after investigators say Gross saw a photo on Facebook of his girlfriend in a park with her son and another man.

In December 2015, Gross called a local radio show to defend himself. He blamed Stanley for escalating the fight and said the dog was defending him, reports the Cincinnati Enquirer.

Doctors discovered that 80 percent of the woman's scalp had been removed, according to Daily Mail.