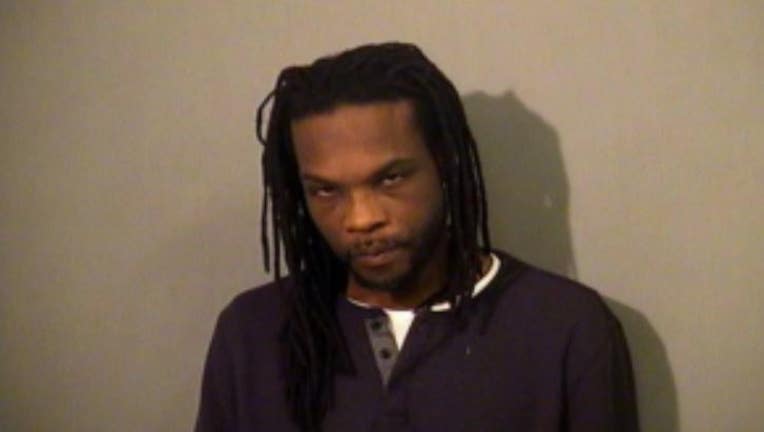 JOLIET, Illinois - A Joliet man was arrested Saturday morning after he allegedly barricaded himself inside his ex-girlfriend’s home with her three children in the southwest suburb.

Karl Cooks, 40, has been charged with three counts of domestic battery, unlawful use of a weapon by a felon, and obstructing a police officer, as well as two other gun-related charges, Joliet police said.

Cooks allegedly went into his ex-girlfriend’s house in the 1300 block of Kinsey Avenue armed with a gun, went into the upstairs bedroom and struck her in the face, police said.

The woman’s two daughters, 13 and 17, tried to intervene, and Cooks hit them multiple times throughout the face and body, police said. A 2-year-old girl was also in the house, but was unharmed.

The woman was able to escape the home just before 5 a.m. and called 911, police said. When officers at the home attempted to speak with Cooks, he locked himself in with the girls and refused to come out.

Joliet Police Special Operations Squad and Crisis Negotiation Team were called to the home, and crisis negotiators were able to speak to Cooks on the phone.

Cooks surrendered to officers about 6:45 a.m., police said. A gun was found inside the home.

The woman and her two children were evaluated at the scene by paramedics, but not hospitalized, police said.

Cooks is due in court Sunday.

Chicago woman inspires others after being a victim of domestic violence

Her name is Jeanine Wilson.