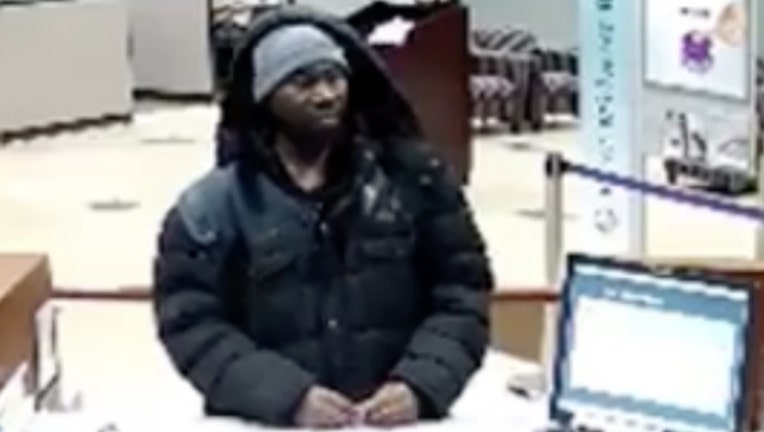 Joliet police were deemed justified in fatally shooting a bank robbery suspect at his home in Joliet. | Joliet police

JOLIET, Ill. (Sun-Times Media Wire) - The Will County state’s attorney’s office announced Tuesday that a Joliet police detective was justified in fatally shooting a bank robbery suspect who allegedly charged at with him with a knife.

The report came out three months after detectives confronted Bruce Carter Jr. at his home on Feb. 6 after Carter was marked as a suspect in a robbery at First Midwest Bank at 1415 W. Jefferson Street in the southwest suburb, the state’s attorney’s office said in a statement.

In the robbery, Carter allegedly stole over a grand in cash after threatening a teller in a note to “make this quick … or I will start hurting you,” the report states.

Detectives arrived at Carter’s home and found him on a back porch with his hands in his pockets, according to the report. After identifying himself, the detective ordered Carter to raise his hands, but Carter allegedly raised only one hand. Carter grabbed a knife from his pockets with both hands and charged the detective, who raised his gun and fired twice, the report states.

The detective raised one hand to push Carter away, and continued shooting as he was pushed back against a wall, according to the report. A total of five shots were fired.

Carter was taken to St. Joseph Medical Center in Joliet with gunshot to his chest, abdomen and shoulder, the report states. He was pronounced dead at 11:55 p.m. Police later recovered $875 of the stolen cash at his residence.

The report concludes that the detective believed that Carter “posed an imminent threat of death of great bodily injury” and was “clearly justified” to use deadly force.