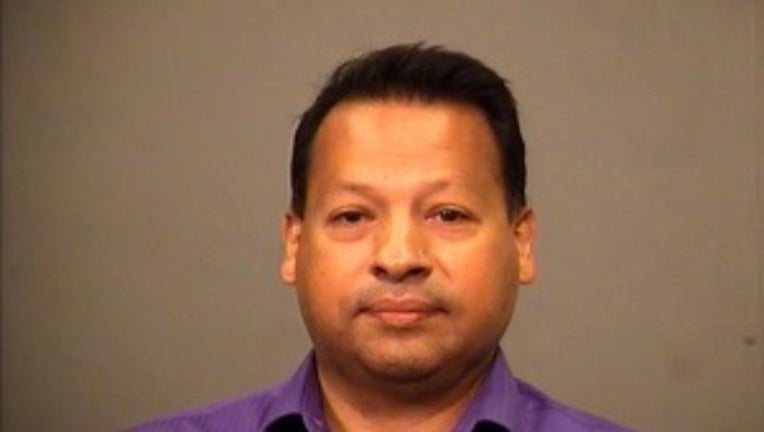 JOLIET, Ill. - A Joliet police sergeant who leaked a video of a man’s death in custody earlier this year has been arrested on felony charges.

Sgt. Javier Esqueda, 51, was taken into custody at 9:45 a.m. Wednesday on a Kendall County arrest warrant for two counts of official misconduct, according to a statement from Joliet police. The Plainfield resident since has posted bond and been released.

The charges stem from Esqueda’s release of a video showing the death of Eric Lurry Jr. in Joliet police custody in January, police said.

“It is the mission of the Joliet Police Department to maintain the highest levels of integrity and professionalism,” Joliet Police Chief Alan Roechner said in the statement. “Sgt. Esqueda’s conduct violates not only the law, more importantly, it threatens the trust and confidence we strive for daily in our service to the citizens of Joliet. Any negative actions reach far beyond one person, as it affects every member of our organization as well as our law enforcement partners.”

Lurry, 37, was taken into custody in January for drug-related charges, according to police. Officers found drugs hidden in his mouth, and he suffered a medical emergency. He later died at Saint Joseph Medical Center.

The Will County coroner’s office ruled his death an accident due to heroin, fentanyl and cocaine intoxication, saying that Lurry had more than 10 times the lethal dosage of the combined drugs in his system.

During an audit, Joliet police learned Esqueda gained unauthorized access to a video from the task force’s investigation and shared it with CBS2.

After his arrest, police said Esqueda “violated chain of custody and potentially compromised evidence in a criminal investigation” when he accessed the video.

The video shows officers shaking Lurry, hitting him and holding his nose. He lies still as the two officers continue to hold him in place. At one point, an officer puts his baton in Lurry’s mouth. A flashlight is shined in his face, and he eventually slumps over.

Esqueda was placed on administrative duty July 6 as a criminal and internal investigation was launched, police said.