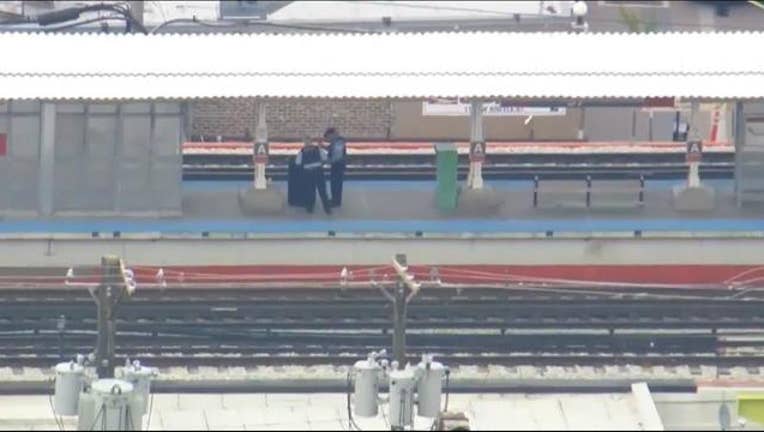 CHICAGO (AP) - A judge has ordered a 14-year-old Chicago boy held in custody for the alleged shooting of two men on an elevated train station platform last week.

A judge last week ordered the boy turned over to the custody of his mother after he was charged with attempted first-degree murder and aggravated battery for the May 6 shooting.

After the teen's family failed to pick him up over the weekend, Cook County prosecutors on Monday filed petitions to prosecute him as a violent juvenile offender based on a prior residential burglary and robbery conviction. Juvenile Judge Linda J. Pauel agreed. The teen is not being named because of his age

The boy was released from custody on Friday after the judge found under the law a teen he must be released because he was held in custody for 42 hours by the police.