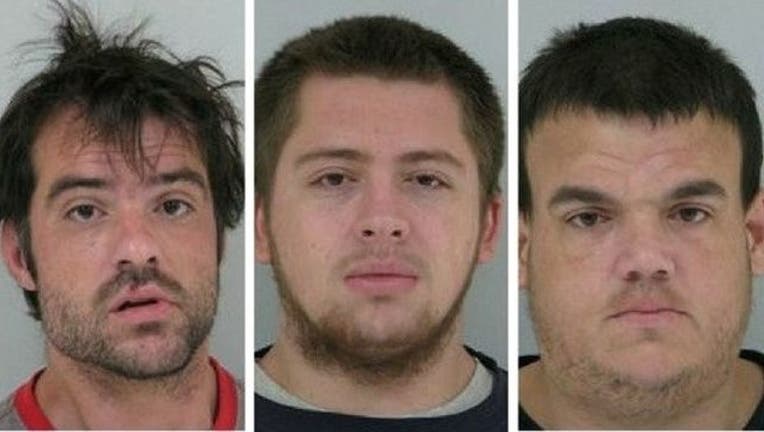 Thomas Barker, 32, left, Steven Powers, 20, and Joshua Holby, 31, have all been arrested in connection with the kidnapping and assault of Jasmine Block, 15. (Alexandria Police Department)

FOX NEWS - A Minnesota teen who was kidnapped for almost a month swam across a lake Tuesday to escape her abductors, officials said.

Jasmine Block, 15, of Alexandria, Minn., made it safely across the lake before running onto a property where she received help, CBS Minnesota reported.

Authorities said Block was kidnapped on Aug. 8 by Thomas Barker, 32, who urged the teen to get into his car and drove her to a residence in Carlos. Barker, his roommate and another friend physically and sexually assaulted the teenager, officials said.

“Barker tied her up with zip ties and then he, his roommate and friend over the next several weeks assaulted her and threatened her with weapons,” Alexandria Police Chief Rick Wyffels said.

Block was able to make her escape after the kidnappers left her alone Tuesday, officials said. The teen reportedly knocked on the doors of a few homes but she did not receive any answers. She then jumped into the Thompson Lake and swam across.

When she got across the lake, she ran onto a farmer’s property. The farmer identified her and took her to safety.

“When she come walking out of the grass I’m thinking, 'oh my gosh, you got to be kidding me,'” the farmer, who did not wish to be identified, told CBS Minnesota. “When I saw her face I knew right away.”