Reverend Al Sharpton is demanding justice for a Chicago man who was fatally shot in Memphis over the volume of his car stereo.

CHICAGO - Kroger says it has cut ties with third-party contractor Allied Universal Security over the "senseless" killing of a Chicago man at the hands of one of its security guards.

Alvin Motley Jr., 48, was with his girlfriend at a Kroger's Poplar Avenue fuel station in Memphis, Tennessee, on Aug. 7 when he was allegedly approached by 54-year-old security guard Gregory Livingston. According to an affidavit obtained by FOX Business, a witness told police that Livingston and Motley got into an argument over the "volume of the music" coming from Motley's car.

Motley went over to speak with Livingston and an argument ensued, according to a witness. Motley headed back to his car but then walked back to Livingston and asked if they could "talk like men," the witness said in the affidavit. After that, the witness said they heard a gunshot and saw Motley "fall to the ground." When police arrived, Motley was laying "on the pavement, unresponsive near the fuel pump service center with a gunshot wound," as per the affidavit.

"We are deeply saddened, extremely angry and horrified by this senseless violence. At Kroger, nothing is more important to us than the safety of our associates and customers, and our hearts are with the Motley family and we stand with them in their calls for justice," a Kroger spokesperson told FOX Business in a statement. "We expect all third-party contractors to live up to our values, which include respect and safety and diversity and inclusion. After an internal review of this tragic incident that involved a third-party security officer at our Poplar Avenue fuel center, we have made the decision to end our relationship with Allied Universal Security in Memphis."

A representative for Allied Universal Security did not immediately return FOX Business' request for comment.

Though Livingston has since been charged with second-degree murder, Motley's attorney Ben Crump and Reverend Al Sharpton have called for Kroger to be charged alongside Livingston and Allied Universal Security for the incident. 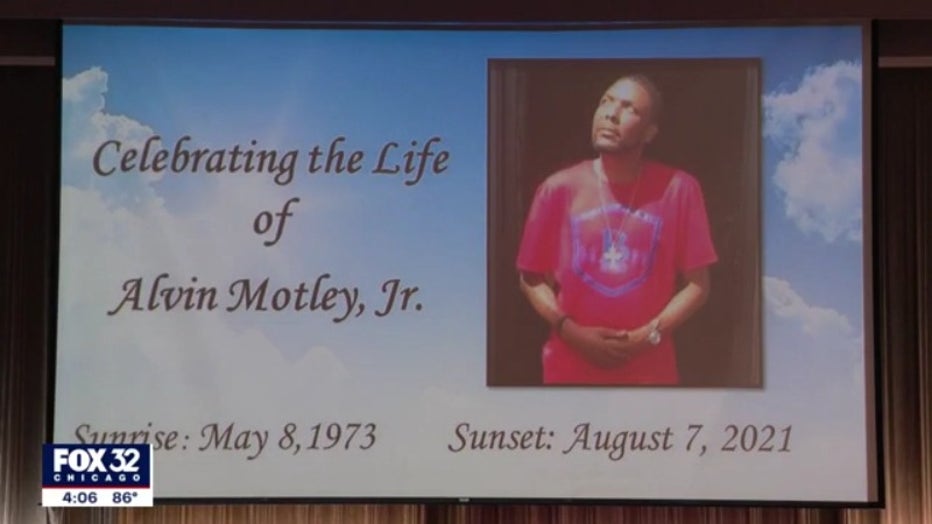 "Kroger, you can’t pass the buck saying that this is an issue for the Motley family or the security company. It’s an issue for your company," Crump said at a press conference on Wednesday. "You have a duty to provide safety and have qualified employees and contractors who won’t kill Black people over loud music."

Sharpton, who gave the eulogy at Motley Jr.'s funeral services at Freedom Baptist Church in Hillside, argued playing loud music is "not a death sentence."

"To have the excuse that we got into it because of loud music, is an absolute insult to our intelligence," he added.

In addition, Crump and Sharpton have both claimed that the incident was racially motivated.

The pair have called for the civil rights community to play loud music in front of Kroger grocery chain stores across the country in protest of Motley’s death.