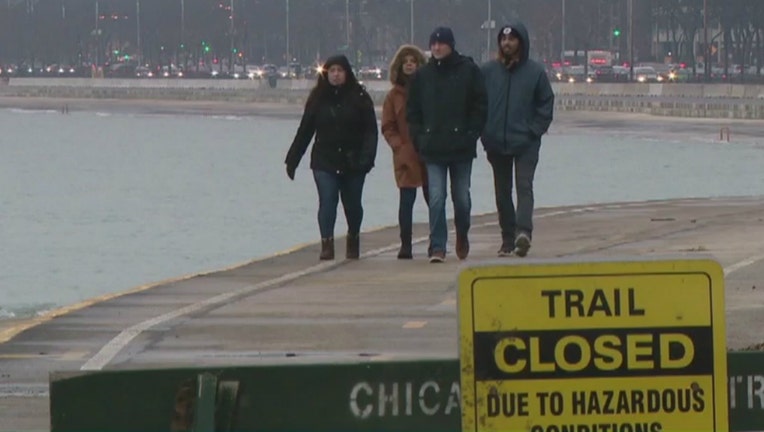 CHICAGO - The lakefront trail has reopened to public use after a winter storm flooded and damaged several areas along Lake Michigan.

Previous closed sections of the path between Fullerton Avenue and Ohio Street, and from 41st to 45th streets, have reopened, the Chicago Park District said shortly before noon.

Crews were still working to remove asphalt torn up during the weekend storm south of Fullerton and between Ohio and Oak streets, the park district said.

Wind gusts more than 55 mph were reported Saturday and waves as high as 20 feet ravaged the shoreline, rendering beaches in the area impassable and sending water over break walls, flooding parking lots and closing lakefront trails.

Several sections of the lakefront path were closed due to high water.