Twin boys in Texas say that beginning when they were 13, “Cheer” star Jerry Harris sent them sexually explicit photos and videos of himself, and at one point cornered one boy in a bathroom at a cheer competition and begged for oral sex, according to a lawsuit.

FORT WORTH, Texas - Twin boys in Texas say that beginning when they were 13, “Cheer” star Jerry Harris sent them sexually explicit photos and videos of himself, and at one point cornered one boy in a bathroom at a cheer competition and begged for oral sex, according to a lawsuit.

USA TODAY, which first reported the allegations, said Monday that multiple sources told the newspaper that the FBI was investigating accusations that Harris solicited sexually explicit photos and sex from minors.

The lawsuit filed Monday in Texas against Harris and three cheer organizations says the boys’ mother reported Harris to the FBI last month.

The boys’ mother told USA TODAY that both boys have spoken to the FBI. The newspaper reported that law enforcement agents on Monday were at Harris’ home in Naperville, Illinois. 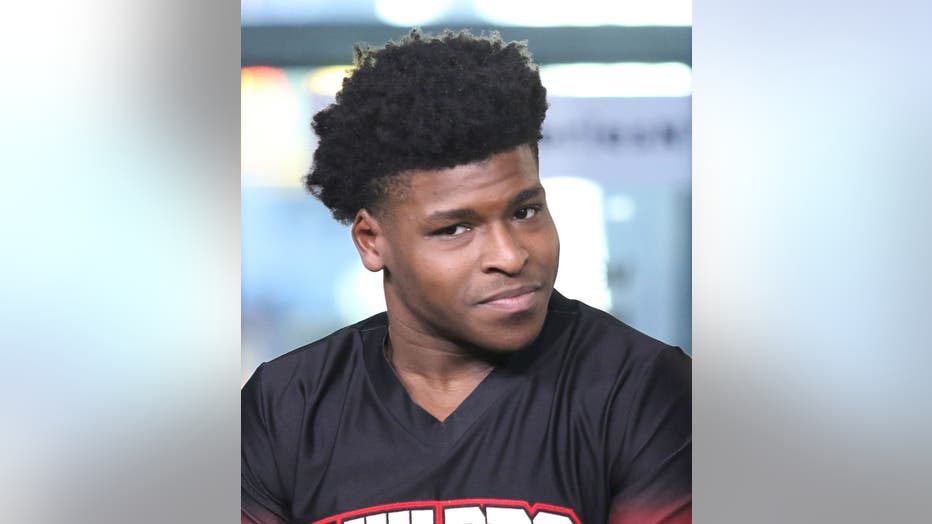 The FBI said in a statement provided to The Associated Press that it had conducted “court-authorized law enforcement activity” in Naperville on Monday, but the FBI said that policy prevented the agency from commenting on “the existence or nonexistence of any investigations that may be occurring.”

Harris, 21, was a breakout star of the Netflix documentary series “Cheer,” which followed the cheerleading team from Navarro College in Corsicana, Texas, as they sought a national title.

Harris, who has not been criminally charged, did not respond to a request for comment from USA TODAY. Attempts by The Associated Press to find a phone number for Harris were not immediately successful Tuesday.

In addition to accusing Harris of sexual misconduct, the lawsuit accuses cheer organizations of failing to protect the boys. The organizations named in the lawsuit are U.S. All Star Federation, which governs competitive cheerleading; Varsity Spirit, which puts on competitions; and the Cheer Athletics, a chain of gyms.

The lawsuit says the boys’ mother reported Harris to USASF, Varsity and Cheer Athletics. The lawsuit also says that she called Fort Worth police as well as the FBI.

USASF did not immediately respond to a request for comment from The AP on Tuesday.

Varsity said it couldn’t comment on an active law enforcement investigation and said it was continuing to cooperate with authorities.

A Varsity official in Aug. 1 letters to police in Florida and Texas said the organization had learned of “inappropriate sexual conduct” allegations against Harris, USA TODAY reported.

“Cheer” was an instant success when it was released in January, and Harris drew fans for his upbeat attitude and his encouraging “mat talk.” Earlier this year, he interviewed celebrities on the Oscar’s red carpet for “The Ellen DeGeneres Show.”

The lawsuit said that when the boys met Harris at a cheer competition in 2018, he was already well-known in cheerleading circles. They connected via various social media platforms, and Harris asked them to send him nude photos, the lawsuit says. He also sent them sexually explicit photos and videos of himself, the lawsuit alleges.

In interviews with USA TODAY at their Texas home, the boys —now 14— described a pattern of harassment both online and at cheer competitions, which began when they were 13 and Harris was 19. They said it continued for over a year.

The lawsuit says that in February 2019, Harris led one of the boys to a secluded bathroom at a national competition in Fort Worth and begged for oral sex. The lawsuit says the boy turned him down and left the bathroom.