NEW YORK (FOX 5 NY) - Liberty Island, which is home to the Statue of Liberty, was evacuated as a precaution after a propane fire erupted in a construction area but has since reopened.

SkyFOXHD was over the scene as people boarded boats to get off the island. They were taken to Ellis Island or Battery Park.

"FDNY Marine companies arrived first and started to stretch initial lines, then were backed up by land units that were transported over," Assistant Chief Roger Sakowich said. "With that much propane, had one of the tanks exploded, it was would have been catastrophic. We took the precaution to evacuate 3,400 civilians from the island."

A construction worker was treated at the scene for a minor injury.

It was unclear what sparked the fire. 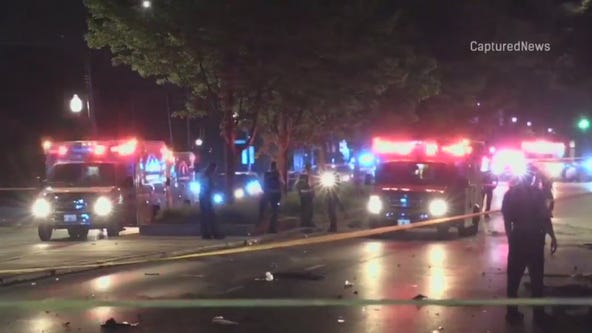