A west suburban man is leaving behind his home, now living with the homeless to raise awareness about the issue.

KANE COUNTY - A west suburban man is leaving behind his home, now living with the homeless to raise awareness about the issue.

The Kane County man says he wanted to see what the challenges are on the streets firsthand, especially since the area's cold weather shelter recently closed.

Michael Lyp is living on the streets for the week, simply to see what it's like and what they need. On Thursday night, FOX 32 tagged along for a short time to see the challenges the homeless population faces.

Walking back from soup kitchen dinner, Lyp is part of the crowd. He’s from a neighboring town, has a house, job and family. But this week, he’s living on the street walking in someone else’s shoes.

“I’m doing anything that they would do. I have no money in my wallet, no credit cards,” Lyp said.

He runs a non-profit that feeds and clothes the homeless. Now he says he wants to find other ways to help them.

“I just hang out with them, we socialize, I try to talk to them, build a relationship for the future, let them know they are loved,” Lyp said. 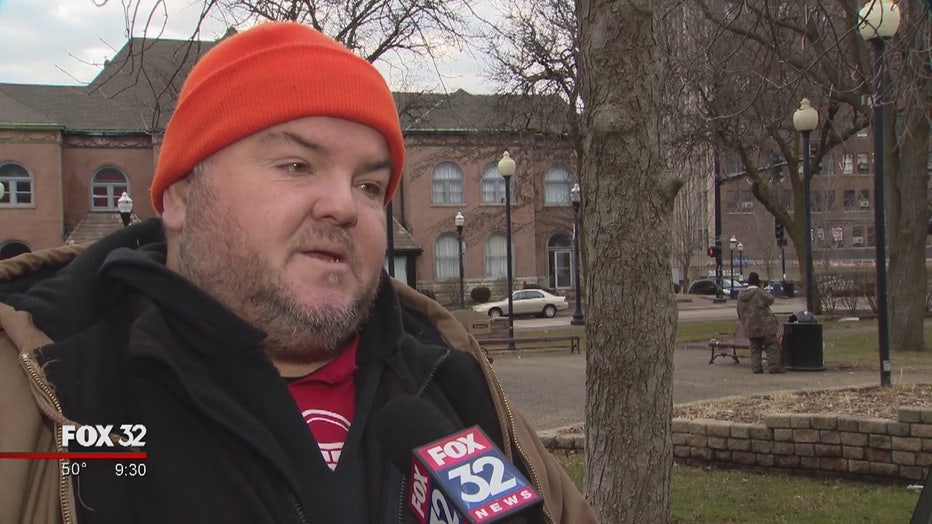 Many in Elgin experiencing homelessness live near the Fox River and near the train station.

“The trains end here in town, so everyday almost that I’ve been here a new person has popped in,” Lyp said.

He says the community does support the homeless population, but recently an emergency overnight cold weather shelter shut down.

“When I brought it up before the church, this is an opportunity for us to continue to serve God. The church is so excited to take this full force,” said Pastor Abiezel Raices of New Life Covenant Church.

Now the congregation of the New Life Covenant Church has stepped in and will manage the downtown shelter.

Ruby vigil is thankful it will reopen soon. She says she left an abusive relationship six years ago.

“You lose everything, not just what you have but yourself. You are lost, you get lost,” Vigil said.

She found herself on the street. Vigil and her new family are grateful for Lyp's help and his heart.

“To me it’s amazing he’s out here,” Vigil said.

The emergency shelter is located in the basement of the First United Methodist Church. It's open when it's 15 degrees or below and all are welcome.

If you want to volunteer for the emergency shelter or make a donation, contact elgin@mynewlife.org or go to Lyp's Facebook page.