Citadel founder and CEO Ken Griffin says his investment firm will move its headquarters out of Chicago, according to a new report.

CHICAGO - Chicago Mayor Lori Lightfoot is in Europe touting her city’s "thriving economy" as major companies announce they are leaving the area amid skyrocketing crime and unfriendly business climate.

"Chicago's economy is thriving and our business sector has set records, keeping us competitive with top global financial cities," Lightfoot said in a press release highlighting her trip to London and Paris this week.

"Chicago’s economy is thriving and poised to have the best economic recovery of any big city in the country," the statement added.

Lightfoot will be speaking at Fintech Week London 2022 and promoting Chicago’s financial tech industry which the press release says "established itself as a hub for fintech companies looking to grow."

Chicago has not been a hub for growth for several corporations that have announced their departure from the area in recent months. 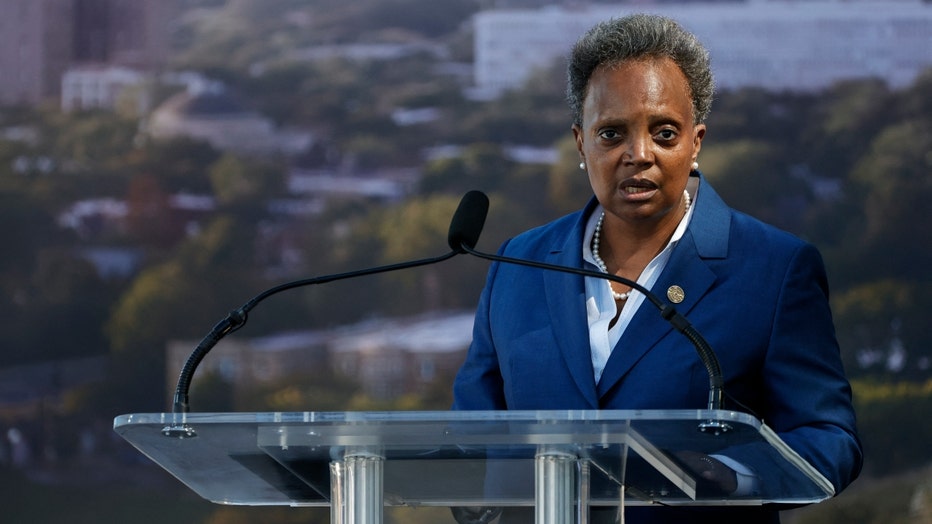 Last month, billionaire Ken Griffin announced he is moving his hedge-fund firm Citadel out of Chicago after citing crime as a major concern over the past few months.

"If people aren’t safe here, they’re not going to live here," Griffin told the Wall Street Journal in April. "I’ve had multiple colleagues mugged at gunpoint. I’ve had a colleague stabbed on the way to work. Countless issues of burglary. I mean, that’s a really difficult backdrop with which to draw talent to your city from."

Boeing moving headquarters out of Chicago to Virginia

Boeing Co., a leading defense contractor and one of the world’s two dominant manufacturers of airline planes, announced Thursday it is moving its global headquarters from Chicago to the Washington D.C. area.

Aerospace manufacturer Boeing and construction giant Caterpillar also announced this year that they are moving their headquarters out of the Chicago area.

"What happened eventually is we said enough is enough," Chicago business owner Gary Rabine, who says crime forced him to move his business out of the city, told Fox News Digital last month. "We stopped doing work down there, we stopped doing work for the gas company, the electric company, the south side, the west side and eventually all over Chicago. Those companies now work in other places. They work over the border in Wisconsin, the outer suburbs of Chicago, where they feel safer."

In addition to the strain that crime has put on small businesses in Chicago, the overall business climate in the city has plummeted according to some metrics.

What Caterpillar Inc's move to Texas means for Illinois

Crain's Chicago Business reporter John Pletz talks about the impact of Caterpillar Inc., announcing it will relocate its headquarters from Deerfield to Irving, Texas this year.

CNBC ranked Chicago's economy as the third-least business friendly in the country in 2021 and The Illinois Policy institute, a libertarian think tank, reported last month that Illinois' business climate has dropped 10 spots in the last 5 years.

Lightfoot also faced criticism for shuttering businesses in Chicago during the coronavirus pandemic and imposed strict vaccine mandates on local establishments as they attempted to recover from shutdowns.

Lightfoot's office did not immediately respond to a request for comment from Fox News Digital.