Citadel founder and CEO Ken Griffin says his investment firm will move its headquarters out of Chicago, making good on months of threats to leave the troubled city.

CHICAGO - Citadel founder and CEO Ken Griffin says his investment firm will move its headquarters out of Chicago, making good on months of threats to leave the troubled city.

In a memo to employees Thursday morning, the billionaire hedge fund manager said he has already moved his family to Miami and the headquarters of his Citadel hedge fund and his trading firm, Citadel Securities, will follow suit.

"Chicago will continue to be important to the future of Citadel, as many of our colleagues have deep ties to Illinois," Griffin said in his memo to employees. "Over the past year, however, many of our Chicago teams have asked to relocate to Miami, New York and our other offices around the world."

Griffin went on to call Miami a "vibrant, growing metropolis that embodies the American Dream."

The move is expected to take several years. The firms have more than 1,000 employees in Chicago and while some are expected to remain, how many is unknown.

Griffin called Chicago a "remarkable home" for Citadel and he praised past support from political and business leaders. But he has said in other forums that rising crime has made it harder to attract top talent to Citadel, resulting in the firms adding to their headcounts in other cities while trimming it in Chicago. 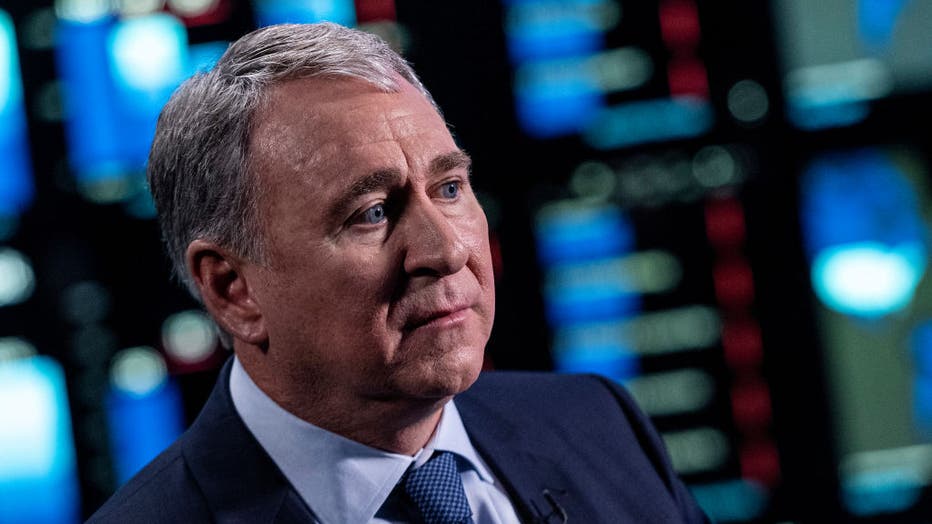 Ken Griffin, chief executive officer and founder of Citadel Advisors LLC, during an interview for an episode of "Bloomberg Wealth with David Rubenstein" at the Citadel office in Chicago, Illinois, U.S., on Friday, Feb. 25, 2022. Photographer: Christo

With a net worth estimated by Forbes at more than $25 billion. Griffin has been Chicago’s leading philanthropist, donating about $500 million to local causes with plans to give more, but he’s also been noted for his heavy spending on politicians. He has dumped $50 million into the campaign of Richard Irvin, running in the Republican primary for governor but faring poorly in a recent Sun-Times/WBEZ poll.

In an interview in May with Bloomberg, Griffin said if things in Chicago didn't change, the firm would move. He has previously expressed his frustration with the violence in Chicago and about local tax and regulatory policies.

During a sit-down at The Economic Club of Chicago last year, Griffin said he was considering relocating his company out of Chicago due to a slew of problems in the city, including its high crime rate.

Citadel founder and CEO Ken Griffin says his investment firm will move its headquarters out of Chicago, according to a new report.

He said was reminded of a 2013 quote where he described Chicago and Illinois as a city and state "with broken schools, bankrupt pensions, rising crime, a declining tax base and public corruption."

When asked how he felt about how Chicago is doing eight years later, Griffin replied, "The bottom line is, it's even worse."

In an interview Thursday with Bloomberg, Ken Griffin says if things don't change in Chicago in regards to the ongoing violence, his business will be leaving.

Griffin explained that despite Chicago being Citadel's home base, the firm now has more than 1,000 employees in its New York office, which has become what he called "the center point" of the company's hedge fund. He added that if Chicago didn't "change course," his company would leave the city in "years, not decades."

"It is becoming ever more difficult to have this as our global headquarters, a city which has so much violence," the CEO said. "Chicago is like Afghanistan on a good day, and that's a problem."

"There is nowhere that you can feel safe today walking home at 9:30 at night, and you worry about your kids going to and from school," he explained. "That is no way for our city to exist, and it is really hard to recruit people to Chicago. When they read the headlines, they know the facts."

In April, Griffin expanded on the crime issue in an interview with the Wall Street Journal. "If people aren’t safe here, they’re not going to live here," he said. "I’ve had multiple colleagues mugged at gunpoint. I’ve had a colleague stabbed on the way to work. Countless issues of burglary. I mean, that’s a really difficult backdrop with which to draw talent to your city from."

Real estate development firm Sterling Bay also announced Thursday it had been selected by Citadel to develop the companies' new global headquarters on Brickell Bay, in Miami’s business district. It plans to lease space in Miami until the building is finished.

His announcement comes on the heels of the Chicago region losing the corporate headquarters of Boeing and Caterpillar, a worrisome trend balanced slightly by news this week that one of three companies cereal and snacks maker Kellogg will split into, the largest, will be based in Chicago.

The Sun-Times Media Wire and FOX Business contributed to this report.