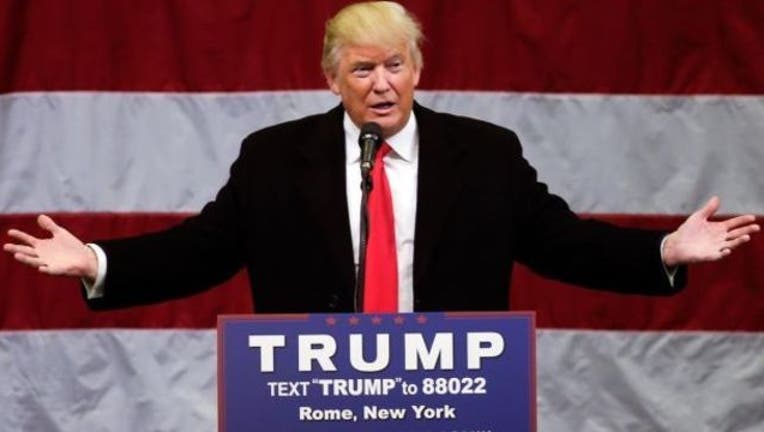 Many Democrats believe Hillary Clinton or Bernie Sanders would easily defeat Trump, who is at odds with much of the Republican establishment, and boost down-ballot members of their party. But Michael Madigan of Chicago, the state House speaker, closed a meeting of district-level delegates to the Democratic National Convention with a warning not to let up.

"Now that the Republicans have nominated Trump, or appear ready to, don't rest on your laurels," Madigan told the group in downtown Springfield. "This will be a very contested election, from president on down, and particularly the Illinois election."

Trump, the New York real estate developer known for inflammatory comments about immigrants and women, and his cutting criticism of opponents, has vanquished his primary challengers, making him the presumptive nominee.

Many Democrats also hope Trump's position at the top of the GOP ballot will hurt other Republican candidates. Among the nation's more hotly contested races is U.S. Sen. Mark Kirk's attempt to win re-election for the Republicans against Democratic U.S. Rep. Tammy Duckworth.

Madigan, who supports Clinton, the former secretary of state, wouldn't bite when asked by a reporter after the meeting if he took glee in Trump's ascendancy — "I don't spend time on what the Republican Party does" — but focused on the need to unite Democrats.

A spokeswoman for Trump did not immediately respond to a request for comment.

Madigan did not comment on Gov. Bruce Rauner's decision to not endorse Trump and to skip the GOP festivities in Cleveland in July to focus on the state's problems. Those include a nearly yearlong deadlock with Madigan, his chief legislative adversary, over a budget that should have taken effect July 1.

"It's no surprise that Speaker Madigan is urging party unity," Illinois Republican Party spokesman Aaron DeGroot said. "Madigan wants the conversation to be about anything other than his disastrous 30-year record of tax hikes, cronyism, and corruption.

Democrats will choose their standard-bearer in July in Philadelphia. Monday's meeting finalized slates of delegates for Clinton or Sanders that were not chosen during the March primary and are not officeholders or other party dignitaries serving as superdelegates.