The photos showed Harder Garcia handling the black, 9 mm handgun, which featured an olive green extended magazine and was adorned with a sticker that read "Supreme," according to prosecutors.

That gun was later matched to shell casings recovered at the scene of a Dec. 18 drive-by shooting that left 35-year-old Richard Robinette dead, as well as a shell casing found in a stolen vehicle Garcia was driving at the time of the murder, prosecutors said.

Robinette was stopped at a traffic light about 3 a.m. in the 4700 block of West Irving Park Road when Garcia pulled alongside him in a stolen black Acura SUV and fired from the driver’s seat, striking the older man multiple times, prosecutors said. 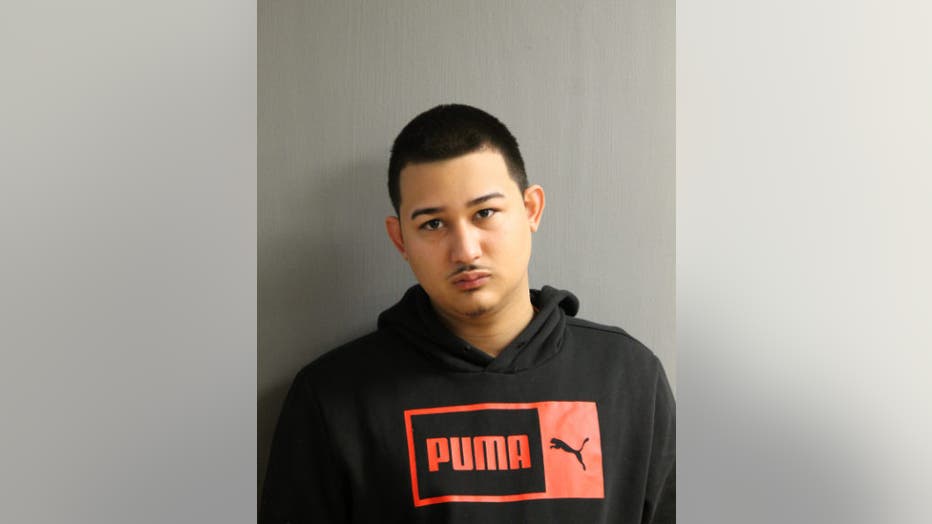 Robinette drove about a block after being shot before he crashed into a parked car, prosecutors said. He was taken to Illinois Masonic Medical Center, where he was pronounced dead.

Multiple witnesses saw the shooting and stayed at the scene to talk to police, which allowed investigators to track the SUV via license plate readers and surveillance cameras to an alley in Skokie, prosecutors said.

There, Garcia was allegedly recorded by a surveillance camera getting out of the stolen SUV in a black-and-white camouflage sweatshirt and tucking a gun into his waistband.

Police later recovered the SUV and found a shell casing inside that matched others found at the shooting scene.

Garcia was identified by a Skokie police officer from the video, prosecutors said.

Garcia was arrested Jan. 7 while driving a different stolen car that had been taken in a carjacking, prosecutors said. Inside, officers allegedly found three guns, including the unique 9 mm handgun, which later matched with the shell casings.

Garcia was charged with possession of a stolen motor vehicle and released on bond, court records show.

Detectives got search warrants for Garcia’s phone and home, where they found the photos of him holding the gun used in the shooting and a black-and-white camouflage sweatshirt, prosecutors said.

A stolen car found Dec. 3 also provided evidence for detectives. A phone found inside the car was registered to Garcia’s mother and contained more "selfie-style" photos and videos of Garcia holding the unique gun, as well as a photo of Garcia wearing a black-and-white camouflage sweatshirt, prosecutors said.

Cellphone records also placed one of Garcia’s phone at the scene of the shooting and driving in the area where Robinette lived, prosecutors said.

Garcia was arrested Thursday in the 4700 block of North Central Park Avenue and charged with first-degree murder.

An assistant public defender said Garcia was living with his mother and working for his uncle’s construction company part time.

He was expected back in court March 10.