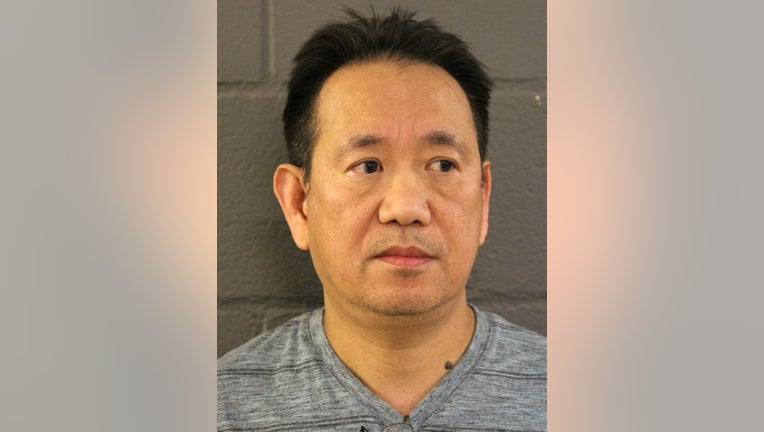 CHICAGO - A 60-year-old man from Chicago has been charged with posing as a teenager on a dating application to meet a 15-year-old boy.

Zasimo Bahonsua is charged with attempted criminal sex abuse, grooming, indecent solicitation of a child and traveling to meet a minor, the Cook County sheriff’s office said in a statement.

Bahonsua was arrested Thursday after he thought he was arranging to meet a child to have sex, the sheriff’s office said. Unknown to Bahonsua, he had been communicating with an undercover officer, and was arrested at the arranged meeting location.

He appeared for a bail hearing Friday in Maywood and was ordered held on a $25,000 bail, with electronic home monitoring as a condition of his bond, the sheriff’s office said.