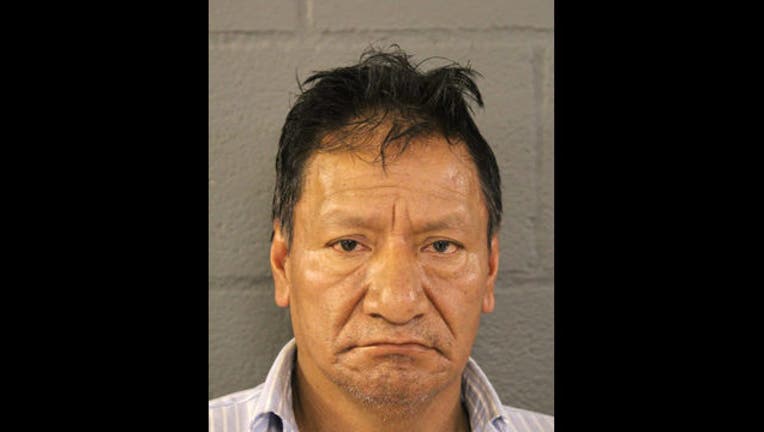 CHICAGO (Sun-Times Media Wire) - A man is accused of prostituting a woman in Cragin after authorities raided his apartment Wednesday on the Northwest Side.

Segundo Cajilema-Quijosca, 62, is charged with one felony count of promoting prostitution, the Cook County sheriff’s office said in a release.

Deputies executed a search warrant at his home Wednesday in the 5100 block of West George Street, the sheriff’s office said. They found Cajilema-Quijosca and a 36-year-old woman he was allegedly prostituting. She has received services through the sheriff’s office.

Cajilema-Quijosca was released on a personal recognizance bond Thursday, according to county records. He is due in court again June 27.